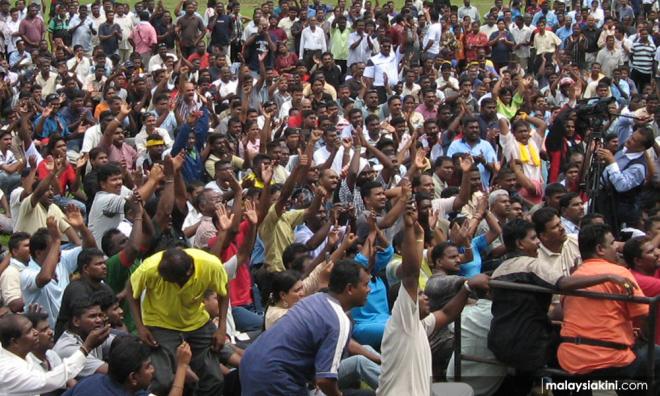 Can we have a moratorium on fishing for Indian votes?

COMMENT | Around election time, the “Indian vote” comes into play. Politicians from both sides of the divide make the necessary noises of “inclusion” to cater to the demographic. The comments sections of such news stories are sprinkled with the usual racists diatribes against the community. Besides the urban English educated voter, the people who actually vote in districts which could actually mean something, do not read the “English” news stories that come out in the alternative media, or the mainstream (English) media for that matter.

I get that Indian votes are important, especially when the opposition intends to contest in seats where every vote counts but with the establishment ramping up the propaganda and the opposition doing the same, the reality is that the Indian community, or at least the marginalised in the Indian community, are slowly coming to the realisation that they will always be on the losing end when race-based hegemons clash.

So, the morons spewing such invective are only spewing them out to Indians who may actually be opposition-inclined. Why they would be after reading such crap is beyond me, but this idea that politicians so heavily invested in the race dialectic between the Chinese and Malay community fishing for Indian votes, in case they need something extra in tight races, is getting ridiculous.

I have questioned the value of having Indian-based parties, arguing that it would reflect reality a little better if we had an Indonesian or maybe even a Bangladeshi-based party. I do not know the exact numbers – does anyone? – but it would seem more realistic to cater to them than the Indian community.

The script is always the same, the prime minister or his proxies make some noises about the “plight” of the Indians and then there is the predictable response from the other side. Partisans point to the participation of Indians in the opposition but cannot conceive that their side is afflicted with tokenism like the establishment they claim they want to dispose of. 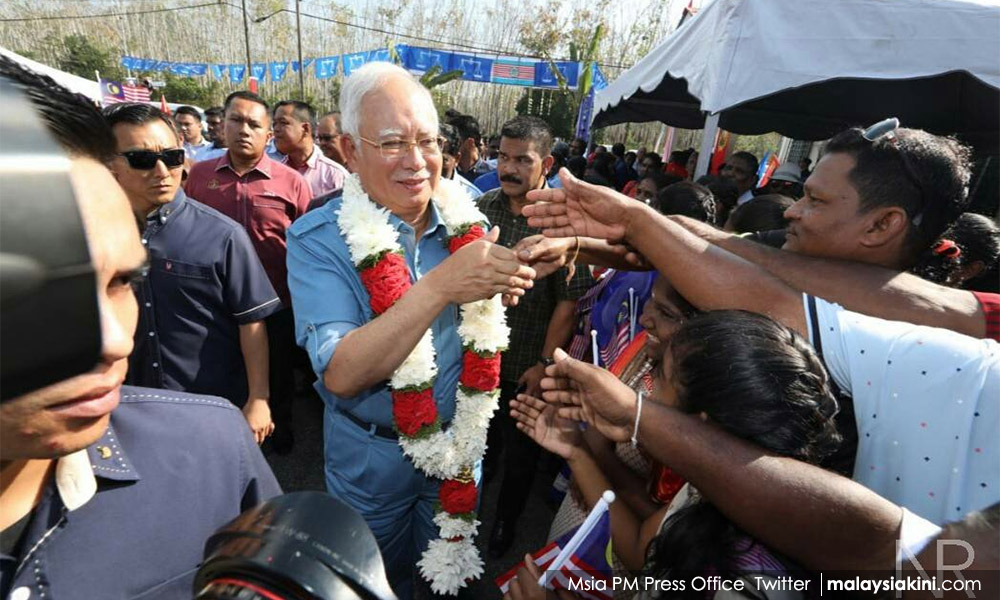 While I acknowledge the contribution of those opposition political operatives who have gone out of their way to handle the stateless Indian issue amongst others, the reality is that as a voting block except in some extreme cases, the Indian vote is practically worthless. (This, of course, makes their efforts all the more worthwhile.)

Worthless in the sense that it only means anything if it is a deciding factor and not that it generates any political capital on its own. I mean the MIC, or any other party claiming to represent the Indian community, means very little because the votes of the Indian community beyond special circumstances do not mean a thing.

The current Umno grand poobah claims that the government is inclusive but the reality is that you cannot be inclusive with quotas. The same applies to the opposition. When my friend, former Hindraf leader P Uthayakumar talked about quotas, we argued about it very often. Quotas are, by definition, exclusionary.

Besides in the realpolitik sense when people talk about Indians, who they are really talking about is the disenfranchised in the Indian community. The urban educated class, most probably opposition-leaning, have very little interest in the community beyond the usual confluence of religion and other festivities. Furthermore, as a community, there are divisions along religious lines - Christian and Hindu - and of course, sub-ethnic groups, which sometimes translate into political affiliations.

All of this makes fishing for Indian votes problematic. The MIC has let down the community badly and even though they are now scrambling to attempt to solve some of the problems of the community (which community?) they have an albatross around their neck when it comes to religion (Umno) and corruption (their own). 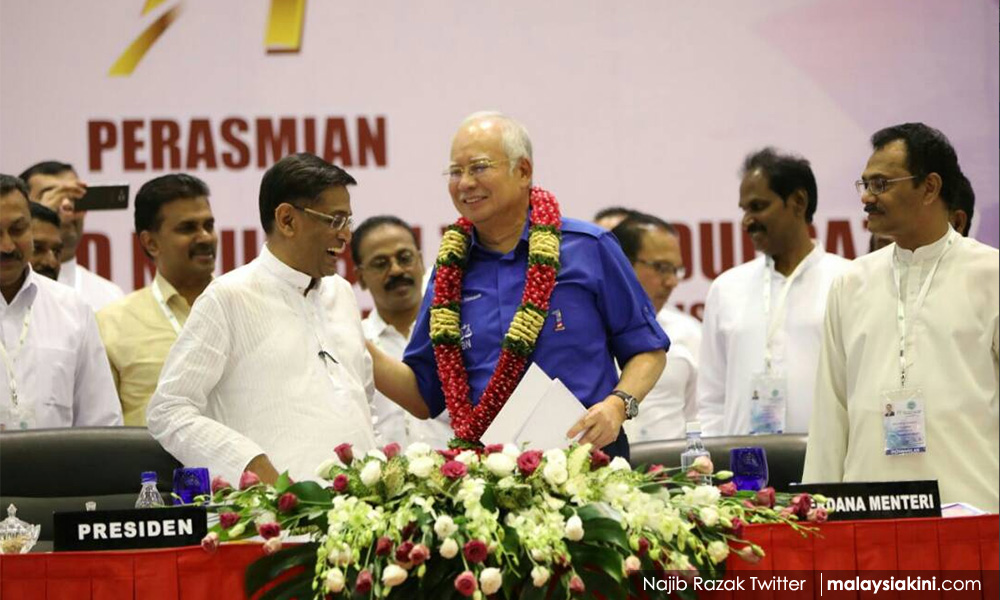 Now, I do not want to pit MIC against the Indian political operatives of the opposition because both are doing good work for the community they claim to represent. Both work under specific pressures, which is always a problem for minority ethnic groups in majoritarian hegemons.

Anecdotally, I have met far more Indians who will not vote MIC but would vote nearly any other party solely because they view the MIC as some sort of overlords who attack the “common” man, engage in gangster behaviour while blaming the criminal activities of the community on Tamil films, monopolise temple activities, and generally have stamped on the backs of the Indian community. The common refrain is that the MIC does not need the Indian vote, and whatever ministers the MIC has in the government are there to serve for self-serving purposes.

Whatever promises made to the Indian community do not mean much. How exactly if the community is not a significant voting block are those who break promises going to be held accountable? How exactly does a community whose political leadership, either establishment or opposition, are constantly told that they are there because of the votes of the Malay and Chinese effectively advocate on behalf of their community like the Malay and Chinese leadership? So, this is not solely an MIC problem. 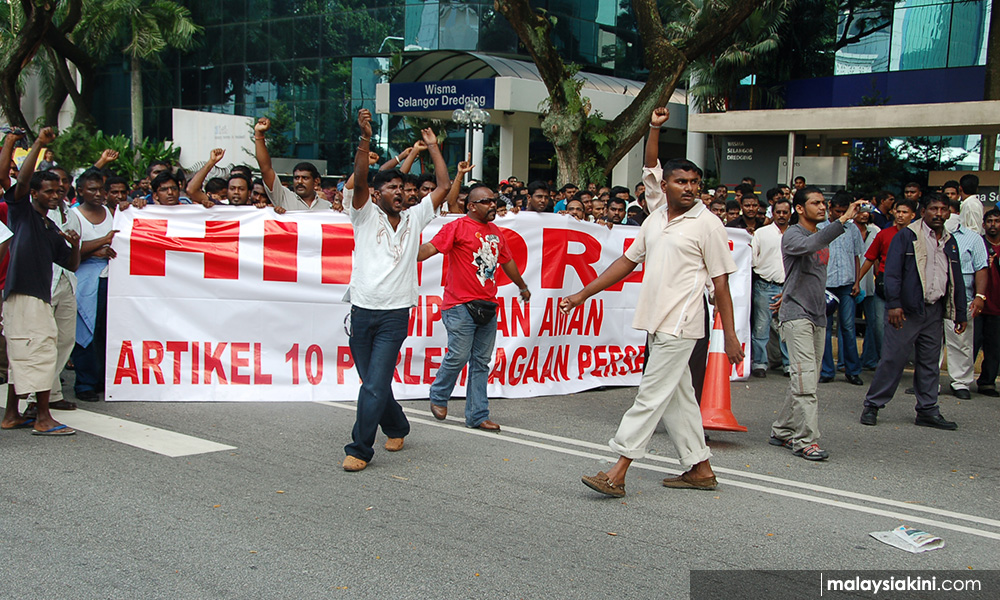 Hindraf was a squandered opportunity and since then, whatever leadership that marginalised Indians hoped to have, has been taken over by opportunists and charlatans who always make such grandiose claims on behalf of the community and then scuttle away into the darkness waiting for the next opportune moment to flare up again.

I was talking to an MIC operative and he was heartened by the participation of youths in their programmes and took it as a positive sign that the young Indians were returning to the MIC. Meanwhile, when I talked to government-aligned youth activists, they claimed that their only interest was trying to help the community and they would take the help from any place they could get it. They were as uninterested in the “issues” of the urban Indian electorate as they were in supporting the MIC.

And if you visit the alternative news sites and read about how the average opposition supporter thinks about the community, you would realise how the politics of race plays out in the unfiltered section of news reports. Add this with some of the comments that some opposition political operatives make about how you could bribe the community with alcohol and rice and you will understand why people – not only Indians – are apathetic when it comes to voting in this country.

So, while I get that the reason for all these overtures is that political operatives understand that every vote counts, ultimately what the Indian community - however they self-identify - needs to reach that place where they no longer need not only the government but political parties, much like the allegiance to political parties by the other minority is by choice not necessity.

After all, in substance there are already in this position because the political landscape in this country does not need them.