COMMENT | The foreign missions, election pundits, polls forecasters and secret or military intelligence all predict a comfortable victory for BN in the 14th general election, with some even claiming that coalition chairperson Najib Abdul Razak is on the cusp of regaining a two-thirds majority.

But just as they failed to observe the trend in 2008 and 2013, I would suggest they are wrong again.

The principal reason why I am confident that Pakatan Harapan will form the next government on May 10, 2018, is that they will receive about 60 percent of the popular vote. Hence, it is the voters who matter, and trying to understand what our voters desire in GE14 is the challenge.

But what about the cheating? That is a given, and its effects must be overcome by overwhelming voter turnout and a massive swing to Harapan.

Recall the basic facts. Approximately 15 million voters have registered for GE14. Harapan should aim for about 13 million voters to cast their ballot, that is, a 86 percent turnout. Although polling is midweek, with sufficient initiative and drive, that figure is not unattainable.

To achieve a 60 percent vote, Harapan must secure 7.8 million votes out of the 13 million votes cast: a tall order indeed, but not impossible.

Thus, to get 112 seats, that is, just crossing the magic figure of 50 percent in the Dewan Rakyat, Harapan needs 60 percent of the votes. But to govern effectively, Harapan needs a comfortable majority, say, about 125 seats.

I do not propose to enumerate the long list of reasons why voters desire the ouster of Najib, the caretaker prime minister. As one would expect from a government that has ruled a country for over 60 years, they have become absolutely arrogant and completely out of touch with the ordinary voter.

Corruption, nepotism and leakages are the order of the day. The over-centralisation of power in the office of the prime minister has resulted in the thousand most important positions of the state and its agencies to be in the gift of Najib, particularly his power to hire and fire, which he has exercised with cold efficiency.

A consideration of how the economy has been mismanaged by the caretaker finance minister and the specific examples of plunder in 1MDB and Felda would be sufficient to establish a case against BN’s re-election. 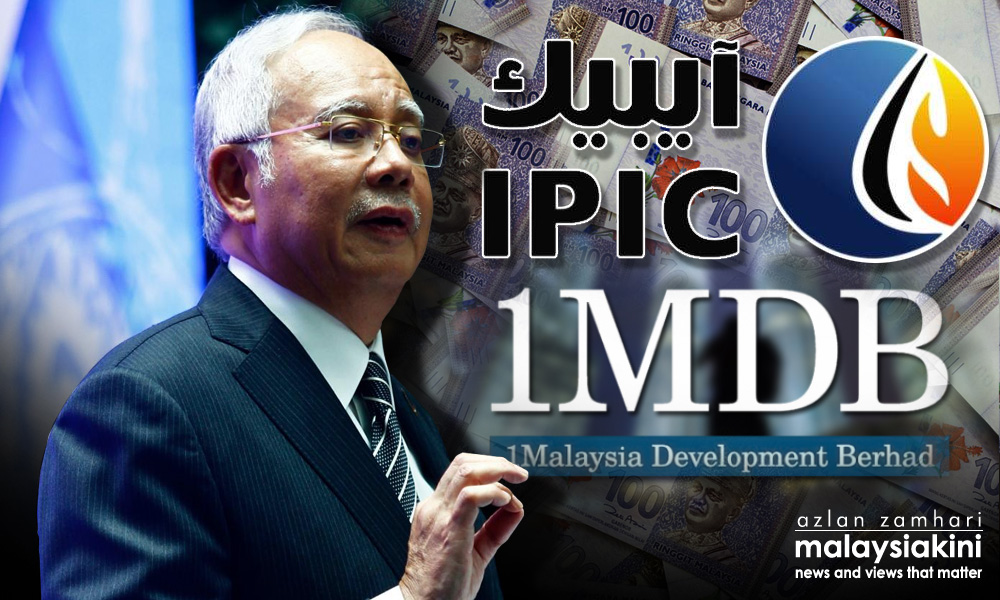 The debts of the government and its agencies have ballooned to about RM1 trillion in Najib’s nine years in office. This computation is wholly understated because it does not take into account contingent debts, like the countless guarantees given by the government which have to be honoured, and the off-balance sheet debts.

Najib may just be among the most profligate and wasteful finance ministers in the world.

How he has survived in office for nearly three years after the world discovered that more than US$600 million was deposited into his personal banking account is perhaps the best proof of the extent of his power.

Institutions that are expected to provide checks and balances have failed miserably. The debts of 1MDB, which exceed RM40 billion, have to be repaid, along with the awesome debts of Felda.

In order to increase the national coffers to fill the holes created by his extravagance, GST was introduced, resulting in the suffering of millions of poor Malaysians eking out a living. Their real wages have not increased in years, but their living expenses have multiplied. Massive immigrant labour, both legal and illegal, suppress the wages of our workforce.

Hence, without having to consider their terrible policies in health, education, law and order and foreign relations – to name but a few – their economic mismanagement, considered on its own, is sufficient by any objective standard to vote them out. They are just unfit to rule. And our voters are aware of this.

I, therefore, believe that Malaysians in their millions are going to vote against the Najib administration.

A historical example comes to mind. The Congress Party governed India for 30 years from 1947. For the last two years of its governance, then-prime minister Indira Gandhi imposed Emergency Rule, which resulted in the detention of thousands and the curtailment of civil liberties on a grand scale.

When a general election was called in early 1977, the ‘genie’ was let out of the bottle. Indian voters thrived in their newly-recovered freedom, and punished Gandhi at the polls. The Congress Party was heavily defeated, and Morarji Desai (a former deputy prime minister in a Congress administration) became prime minister in the Janata coalition.

These are sufficient parallels to the Malaysia of 2018. Malaysians too wish to be liberated from the clutches of Umno rule. Harapan is now a grand coalition of Bersatu, PKR, DAP and Amanah standing on a common logo.

DAP deserves credit for preferring the wider national interest over narrower sectarian advantages when they agreed to give up their famous rocket symbol. 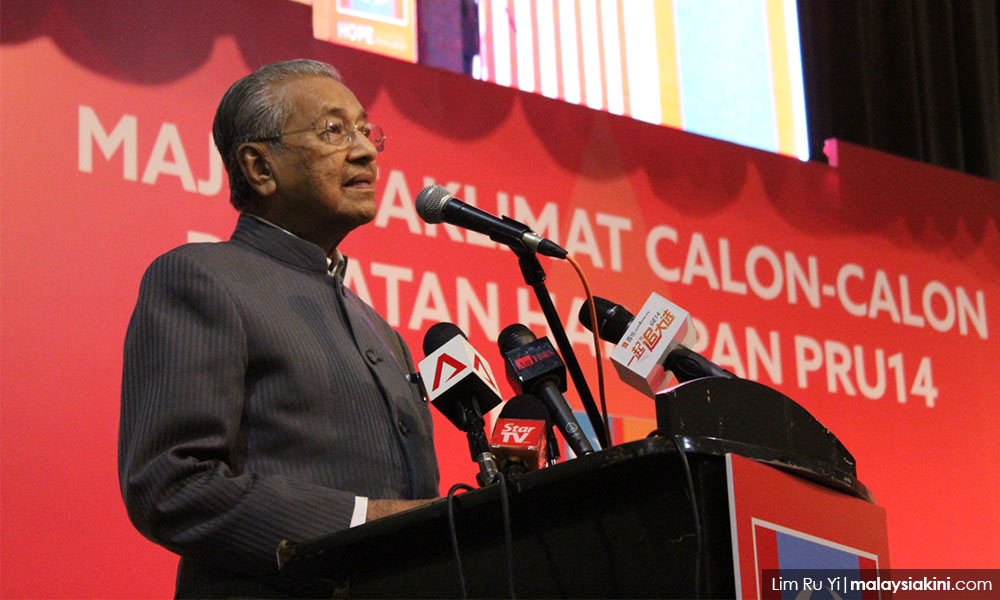 Harapan is led by former prime minister Dr Mahathir Mohamad, whose return to power would constitute the most spectacular political comeback in modern history.

After a gap of 15 years, and heading a different party and coalition, he would return to office as the nation’s 7th prime minister, at the ripe old age of 92, to be followed by Anwar Ibrahim as our 8th prime minister, once the legal issues concerning his eligibility to run for Parliament are resolved.

Mahathir has spent his entire political career from his entry into Parliament in 1964 fighting for Malay rights, having championed their cause for half a century. Hence, the majority race in our plural society cannot find a better protector of their rights. They felt and would feel safe under his prime ministership.

After helming the nation for 22 years, he personifies the establishment. The armed forces, the police and the deep state have full trust in him. The business community would recall him as a true friend to them.

As Najib is discovering to his dismay, Mahathir remains a formidable politician, having led his party to five successive general election victories.

There is no doubt that the momentum has swung to Mahathir. The snowball effect in politics is going to propel Harapan to victory.

Former UK prime minister Harold Wilson once made a most profound observation: “One week is a long time in politics.” The two weeks to GE14 is even longer, and anything can happen.

Political trickery and lies will flood our public space in the last few days before polling. The voters must stand vigilant and turn up in the millions to vote for Harapan so that a historic victory is achieved.

TOMMY THOMAS is a senior lawyer, who occasionally writes on political and economic matters.