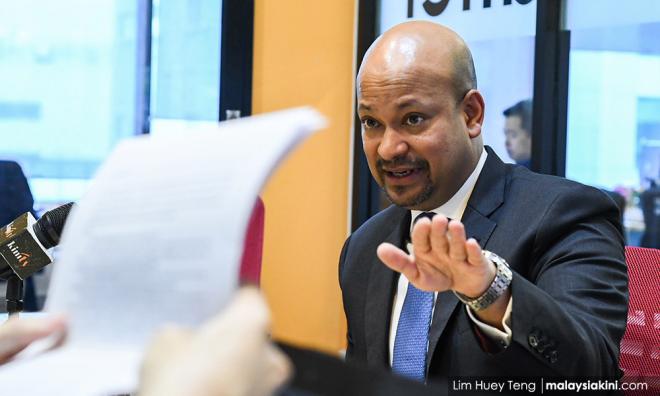 Arul Kanda is ‘god-sent’ to 1MDB

A QUESTION OF BUSINESS | If you need any further evidence that everything is still very much awry with 1MDB, read Arul Kanda’s answers to Malaysiakini’s detailed and probing questions on 1MDB, our national strategic development company gone horribly wrong.

Can a new CEO restructure 1MDB such that its acknowledged debt problems can be sorted out just like that by creating cash flow from somewhere else? No, not unless the government diverts money from elsewhere to intravenously feed its bleeding monster baby, which is crying out for more as the days go by.

The only way that we can go forward with 1MDB is if we acknowledge unreservedly that 1MDB has problems - serious ones - acknowledge them, deal with them one by one and progressively bring to account all those responsible, all of them without exception.

That is the only way that a repeat of this miserable state of affairs, unprecedented in the annals of world history which has brought loss and shame to our country and its people and is widely recognised the world over as the largest kleptocracy anywhere with some US$7 billion unaccounted for, never ever happens again here.

Arul Kanda’s publicity blitz over 1MDB is obviously election-related to try and reduce the bad press over 1MDB by at least seeming to give answers while actually saying little or nothing, putting up a brave front in the face of a mountain of evidence that theft in the billions occurred at 1MDB. That includes a bold but foolhardy interview with Malaysiakini whose probing, persistent and purposeful questioning has left him rooted to the spot with little room to manoeuvre.

By giving obscure answers to complicated issues, he hopes to try to give the impression that all is well with 1MDB when it is not and get away with it by repeatedly saying that there is no issue at 1MDB.

Nothing is further from the truth.

This is what I said here when Arul Kanda was first appointed as CEO of 1MDB in January 2015, after it came to light that it was already losing billions of ringgit - that his appointment will make no significant difference to 1MDB’s turnaround. Over three years later of wasted and squandered time, his answers to Malaysiakini in the interview shows wide, gaping, unfillable holes...