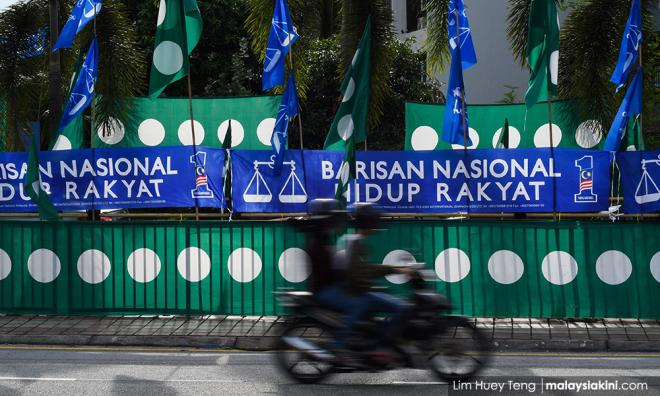 COMMENT | The 14th general election can be argued to be a battle for the Malay soul, with Pakatan Harapan calling for a ‘Malay tsunami’, BN rallying Malay nationalism on the ground while promising more ‘goodies’, and PAS pushing its ‘choose Islam’ agenda.

Nowhere is this battle more apparent than in the beautiful states of Terengganu and Kelantan. Making up only eight and 14 parliamentary seats respectively, or a total of 10 percent of the seats nationally, the number belie how critical they are for the political landscape.

In part, this is due to the intense level of political competition, with large numbers of competitive seats and both having had repeated changes in governments. More important, however, is the fact that these areas will determine the role that PAS will play on the national stage as either the victor or vanquished.

Pundits and pollsters have already repeatedly called Kelantan for BN, and applied this similar outlook to Terengganu, predicting BN will win the majority of parliamentary seats. On the ground, voting trends are harder to call, especially at the state level.

The sentiments do not have to do with the same political struggles in the Malay community elsewhere, namely battling a sense of disloyalty to Umno and anger with the perceived excesses of the Najib administration in a climate of broad perceived economic hardship.

Rather, in these east coast states, the question of loyalty is one of long-standing family ties to either PAS or Umno, and the sense of failures at the state leadership levels. Hardship and daily struggle are sadly an integral part of life in these areas, as development, social problems and poverty remain concerns for large shares of the populations.

While both those from Terengganu and Kelantan are well connected to developments outside, they have strong inward political orientations as local factors predominate. There is less attention to what is happening nationally, and as such, Harapan candidates and parties have limited traction, although the issues raised in rallies and on social media have permeated local discussions.

The contests are largely between PAS and Umno, as these two parties have framed the competition for decades. Harapan’s campaign is only resonating significantly in urban areas, notably Kota Bharu where is has a chance of winning. BN chief Najib Abdul Razak’s picture is noticeably absent on the east coast, especially in Kelantan...