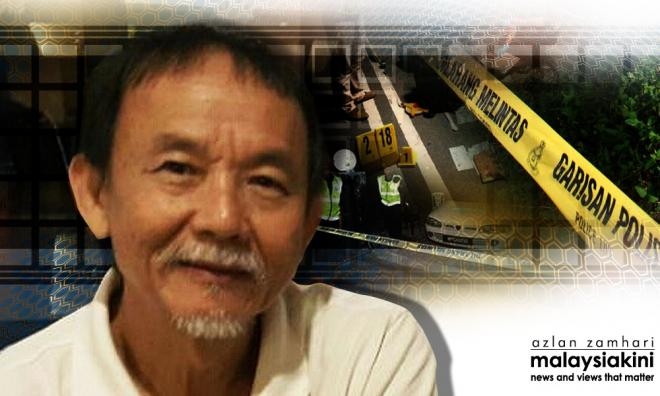 Who ordered the ‘disappearance’ of Pastor Koh?

“The greatest trick the devil ever pulled was convincing the world he did not exist.”

COMMENT | First off, bravo Nathaniel Tan for clearly articulating issues on the minds of many. Nathaniel’s piece – ‘The importance of due process and dignified governance’ - is an important reminder that the opposition is governing the country now, and should not be in the business of radicalising their base.

When Finance Minister Lim Guan Eng babbles on how he would carry on his “truthful” approach regardless of how it affects the ebb and flow of the market, it is exactly the kind of arrogance that is not needed in this new government. No politician speaks the “truth”. An honest politician is factual (an extremely rare breed), and a good leader does not have to embellish facts while inspiring confidence.

The marketplace is inspired when the government is factual about how they are going to solve the problem and not when the government uses any opportunity to confirm how bad the situation is because of the former regime. Guan Eng is not speaking to his base. Now he is speaking to anyone who has a stake in this country. Learning things the hard way when it involves the economy which affects everyone is not a good way to go, no matter how well it plays with your base.

The wheels of government continue spinning and it would behove us to remember there are issues which need to be addressed other the 1MDB issue, which is already taken care of by numerous divisions of the government. Government and reforming the institutions is not a single-issue project.

With this in mind, will we ever discover what happened to Pastor Koh and all the others who mysteriously disappeared? If ever there was a time to seek clarification on this issue, it is now.

Citizens of this country were kidnapped in a paramilitary style and all circumstantial evidence points to the connivance of the state. At this point, I am less interested in why Pastor Koh was kidnapped but who ordered the kidnapping. I get that the inspector-general of police (IGP) has vowed to look into this issue, but it really does not inspire confidence.

People tend to look to politicians to solve our problems especially here in Malaysia, but it really is not like that in many functional democracies. Independent credible institutions are what people believe in because politicians have other agendas. The "vanishings" of Pastor Koh, Amri Che Mat, Joshua Hilmy and his wife, Ruth Sitepu, are troubling because circumstantial evidence points to state actors, who may have been working without the knowledge of the Umno state...