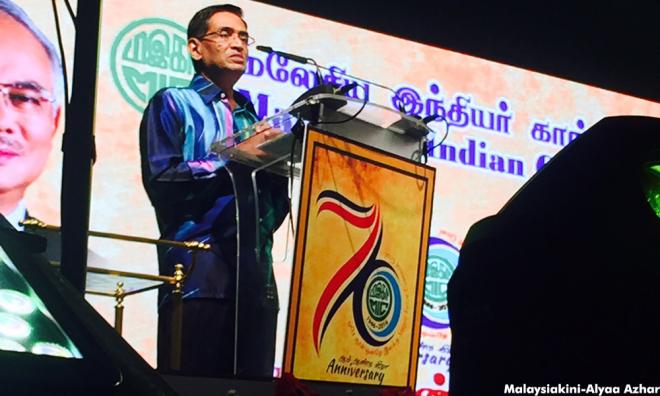 The best thing MIC can do for Indian community

“God is merciful to all, as he has been to you; he is first a father, then a judge.”

COMMENT | So this MIC political operative called me and asked my advice on how to reform the MIC. A bit of context is needed. Normally whenever I wrote about MIC, back in the good old days of BN rule - you know, last month - I would get these calls from MIC operatives ranging on the spectrum from pleas of understanding to outright threats. Mostly anonymous - don’t they understand that’s what the comment section of the “alternative media” is for - but always this idea that this time, they were really doing something for the Indian community.

In the great MIC hoax, I laid out what I thought of the MIC. Forget about the grand history of this Indian political party. What it had succumbed to was larceny, thuggery and cowardice, but fatally for the party, to become the instrument of subjugation wielded by the kleptocratic state on the disenfranchised of the Indian community.

Let me be very clear. In numerous articles when I have discussed the Indian issue, I have clearly articulated that I meant by disenfranchised Indians and not the Indians who self-identify along cultural (Indian) and party (political) lines, who in many ways are better off from their brethren.

I have resigned myself to the fact that I cannot write about MIC without engaging in a bit of schadenfreude. It is not like flogging a dead horse or even kicking a dog when it is down. It is more like, why even bother, guys? I mean, the Indian community as a voting block are inconsequential. We do not have the numbers to engage in the political arena like the other minority community.

Consider this: “Forget about dodgy official statistics for a moment and consider the value of a Malay vote - because of gerrymandering, it is greater than that of a Chinese vote. What do you think the value of an Indian vote is? At this stage because of the idiotic way in which how the ‘Malay’ race is defined in this country and because of the phenomenon of constitutionally-created Malays, I would argue that the Indian vote is near meaningless.”

Indeed, Indian political operatives are reminded that they are there because of the “party” and its “base” – that is dog whistle politics right there – and this is when the partisans are being polite. When they are not, it is blatant reminder to Indian politicians to know their place....