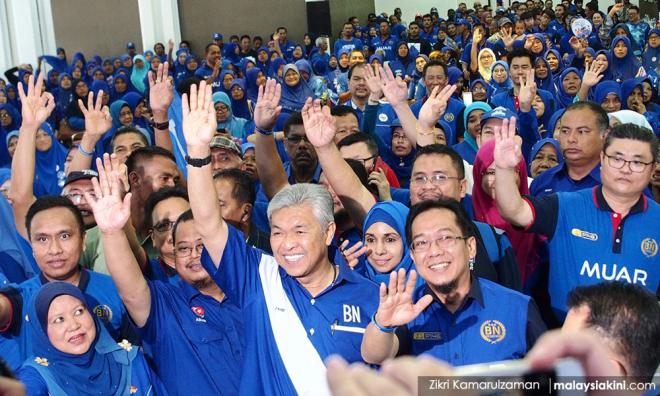 The opposition needs to buck up

COMMENT | I was at a recent book event promoting my books, when something dawned on me. People who were familiar with my writing (yes, there are people who follow my work - all three individuals!) approached me and said, “Hey Zan. Now that a new government has been voted in, nobody will want to read your writings anymore!”

My writings (and my films) throughout my career as a journalist for the past 18 years have been anti-establishment and for that whole time, being anti-establishment had meant being opposed to a BN government. In fact, nobody in Malaysia had known any other government since independence.

I will be honest and say that I had no expectations that this past general election was going to be the one that would change it. I expected the margin to be reduced, but that was it. So I actually had a little soul-searching to do! My entire life objective has been turned completely upside down now that the big fight I was fighting had been won.

Jokes aside, I think this is a good opportunity for democracy to develop in Malaysia. For journalists, it should always be an anti-establishment fight in order to check and balance authority. Journalism and the media are considered the fourth estate so we should take that responsibility seriously.

I will still be anti-establishment, no matter who the government in Malaysia is. The new Pakatan Harapan government isn’t going to be perfect. They were mainly voted in because people were already so upset with the BN government. Of course, that is not to say that Harapan didn’t have a proper manifesto. But the main reason was frustration with BN...