COMMENT | The value of all the items and cash seized from properties linked to former prime minister Najib Razak and his wife, Rosmah Mansor, has finally been revealed. The amount is now publicly known and fast spreading through social media postings and memes.

But for everyone’s information (or amusement), the total estimated market value of the items is RM1.1 billion. The breakdown of the estimated actual value is RM116.7 million in cash of various currencies, handbags worth RM51.3 million, watches valued at RM78 million, sunglasses valued at RM374,000 and jewellery worth RM440 million.

Of course, everyone knows that Najib and Rosmah are innocent until proven guilty. However, can you imagine how Malaysians actually feel? They must have been very shocked and angry at the fact that they have so much wealth when everyone else is struggling to survive.

For years, accusations and allegations of corruption surrounding Najib and Rosmah have been rife. Of course, the 1MDB scandal is a little too complicated for the common Malaysian to really grasp. But now, everything seems to be a lot more ‘visual’.

Before it ever came to this, Najib and Rosmah (well, mainly Najib when he was in power) would outwardly deny any wrongdoing. When things became more critical, especially with damning evidence coming out, he and his administration made it illegal for the issue to be discussed, whether in public or in Parliament.

The attorney-general then (under the BN administration) concluded everything by just saying that all investigations had been done and there was absolutely no wrongdoing when it came to the any of the accusations and allegations relating to 1MDB.

Everyone had to shut up. Malaysians were told that they had to accept that the case was now closed. It didn’t matter that investigations were still being conducted in several other countries and that there was more evidence being uncovered and reported in the foreign media. 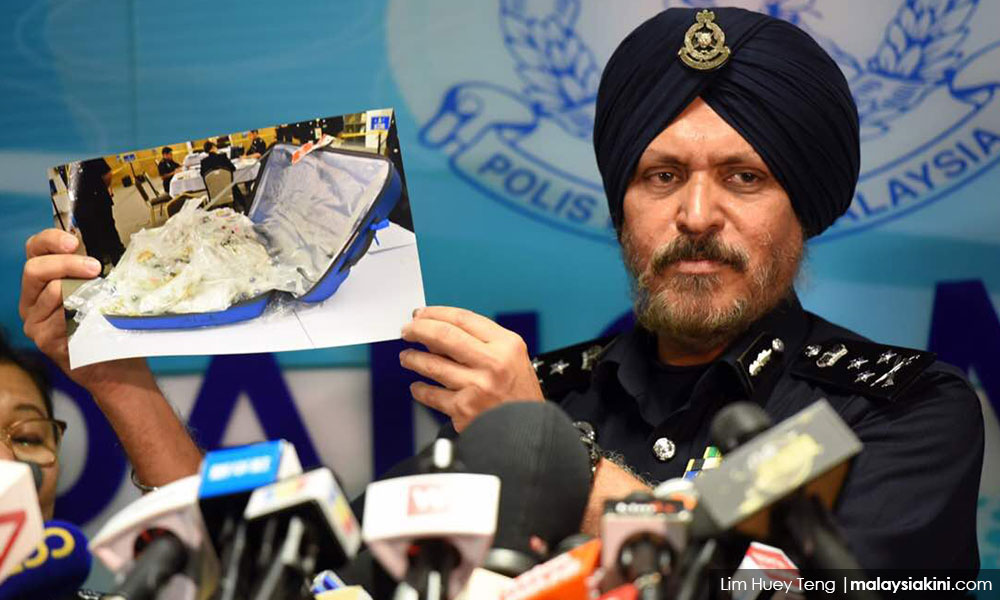 Now that a new administration has taken over, investigations on the 1MDB scandal are being reignited. All of a sudden, we see dozens and dozens of boxes being carried out by the police from the premises of Najib and Rosmah and those linked to them.

The police have finished their inventory and the valuation of everything that has been confiscated. It took them several weeks to thoroughly go through it all and now the actual list and value have been released. It is an absurd amount.

Najib has been adamant that all these items are mainly gifts from other dignitaries. He even said in an interview with Malaysiakini that "If the gifts are given to you by other heads of state, like on occasions like your birthday and not expecting anything in return, it is not illegal.”

Here is the thing. It may not be illegal technically, but what about ethically? What about the problem of...