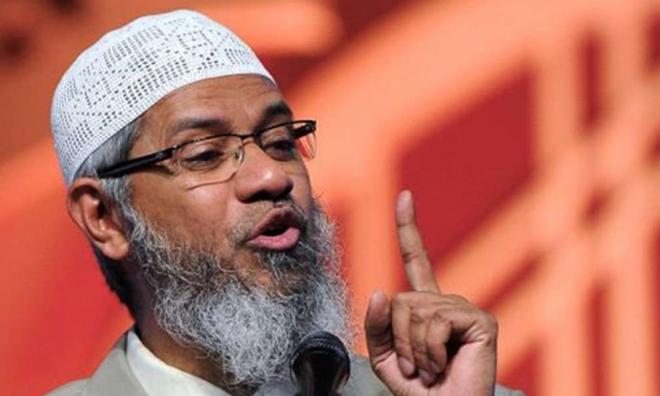 Why is Zakir Naik still in our country?

COMMENT | It is really a funny question, right? When I say “our” and there are people who were born here, like Letchumie Sinnan who has been given the run around by the bureaucracy for 20 years and been stuck in permanent resident limbo, while a demagogue, alleged money launderer and extremist sympathiser like Zakir Naik get feted by the political and social elite.

Meanwhile, there are thousands of Indians and Chinese who have to eke out a living and contribute to the economy but are not considered citizens of this country. Over the years, I have met and attempted to help - in my own small ineffectual way - dozens of Malaysians to get their MyKad. It is really galling to witness a religious hatemonger like Zakir Naik being defended by the political elite in this country of the Islamic persuasion, while so many - a legion, I would say - have no one to speak up for them.

The fact there are Indians and Chinese in this country who are considered, for whatever reasons, permanent residents (if they are lucky) and the state wilfully refuses to recognise them as citizens, while Zakir Naik gets to spread his horse manure in comfort, is an insult for anyone who has served this country, either in the state security apparatus, in the teaching profession or whatever else capacity that has made this country what it is today.

Let me say this. I bet my last ringgit that all these Malaysians who have been denied their citizenship, who have been given the run around by the bureaucracy and who toil in menial jobs unable to get a foothold, I bet that they have contributed more to this country than the radicals like Zakir Naik. All those people I have attempted to help over the years display a profound love and loyalty to this county, even though they have been marginalised.

Someone like me often wonders, how could you love this country when it doesn’t even recognise you? How can you be loyal to this country when it has willfully abandoned you? We live in a great country is their common refrain. Yeah, a great country, where the likes of Zakir Naik get to say what he likes and (now) to be deported only if he misbehaves...