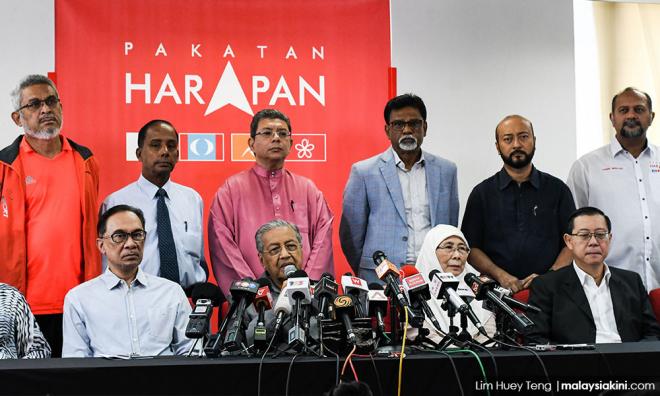 Has Harapan pushed idealism out the backdoor?

COMMENT | My father made me realise something last week. We were having coffee at a cafe and just chatting when, of course, the topic shifted from his grandkids to politics. That’s how all conversations end up with my family. Joy! Joy!

I was complaining about the total disregard Harapan has for the 30 percent women representation promise that they had made before the election. I told him that Harapan’s Wanita chief Zuraida Kamaruddin responded to my column last week and she basically said ‘we didn’t achieve 30 percent and so what’.

My father agreed with me (he’d better!) and continued to say that there are so many other MPs who were much more qualified, both men and women, who were not appointed to the cabinet. Some of them we even very obvious candidates for ministership.

So we rattled on about who we thought are not deserving to be in the cabinet. People like Syed Saddiq Syed Abdul Rahman, the new Youth and Sports minister, Rina Harun, the new Rural Development minister, and the likes. We both felt that these people, although probably very intelligent, might not have the experience yet to be ministers.

Then we came up with a list of people we thought could have been better choices. We agreed that MPs like Nurul Izzah Anwar, P Kasthurirani, Tony Pua, Ngah Kor Ming and Nik Nazmi Nik Ahmad who feel are more than qualified and probably should have been appointed to the cabinet...