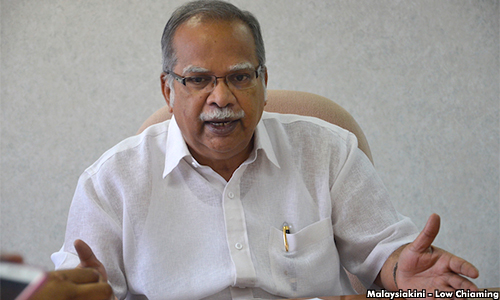 I’ve disagreed with many of Ramasamy’s positions over the years, and as previously mentioned, I feel that both the LTTE and the Sri Lankan government committed very comparable levels of deplorable atrocities and severe human rights violations in the course of the civil war.

Certainly, I am not a big fan of any of the above.

That said, the timing of this investigation into Ramasamy is odd, to say the very least.

For almost all means and purposes, the formal civil war in Sri Lanka has long ended, and the LTTE is gone.

Thus, what would the rationale be of investigating Ramasamy now?

If Ramasamy was hypothetically an avid supporter of the LTTE back in its heyday, there may be the slightest inkling of a reason to investigate him; but even on that basis, the argument by Ramasamy and his supporters that every avid supporter of Hamas in Malaysia should be similarly investigated would be valid.

The circumstances of the situation make it all too clear that these sudden reports against Ramasamy were made as a response to his virulent calls for preacher Zakir Naik to be extradited back to India...