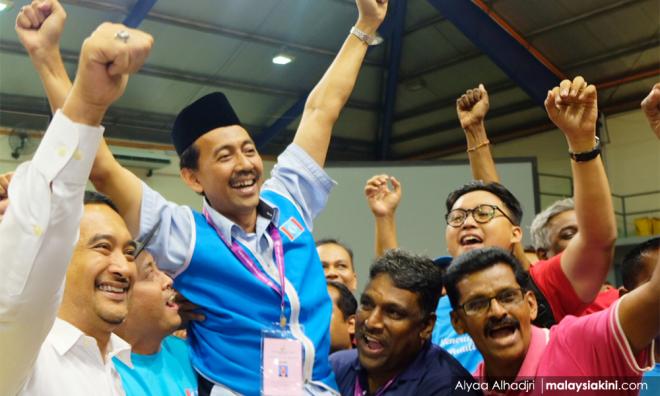 COMMENT | Pakatan Harapan won its first by-election since taking over the government in Sungai Kandis.

PKR candidate ustaz Mohd Zawawi Ahmad Mughni defeated (former premier) Najib (Abdul Razak's) loyalist and Umno supreme council member Lokman Noor Adam. Harapan won with a comfortable majority of 5,830 votes for the incumbent PKR in a straight fight against the biggest loser in the 14th general election - Umno, although there was a drop of 35.5 percent in turnout in the contest, from 49.4 percent from 85 percent.

This victory and the lower turnout was expected, but the campaign and results suggest that there are political developments evolving that do not bode well for greater political reform and more inclusive‘New Malaysia’.

First of all, the by-election campaign was dominated by a racialized Umno narrative. The gamut of issues ranged from supposed Christian dominance and Communist conspiracies to alleged
attacks on Malay institutions and the community at large.

None of these issues was fundamentally new, as they have long been part of the defensive approach that Umno introduced after it scraped through in the 2013 elections. These right-wing attacks combine identity politics with paranoia and feed off the insecurities and fear of displacement that has long been stoked to keep Umno in power...