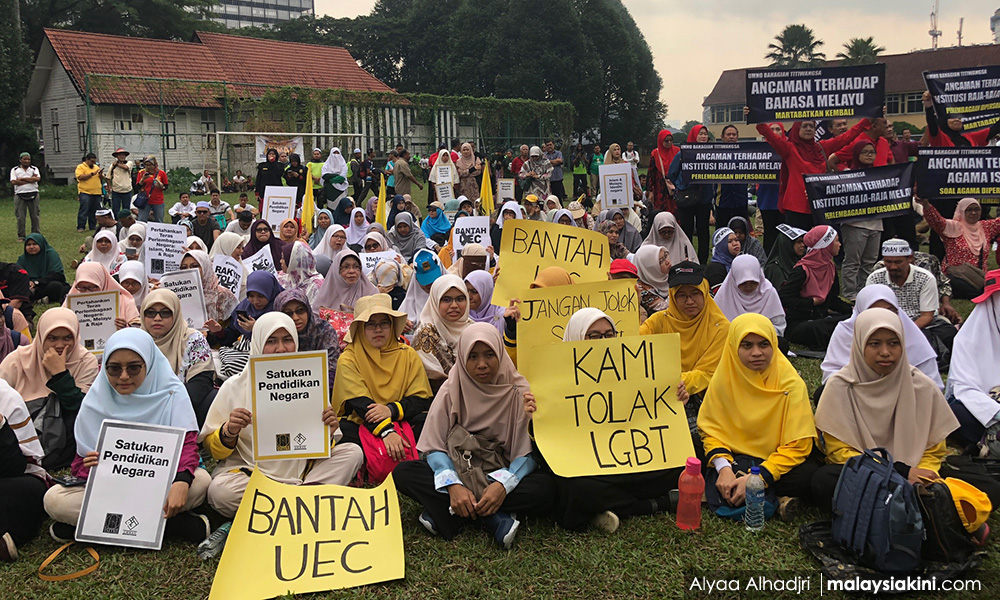 Is Malaysia a secular country?

“My people are going to learn the principles of democracy, the dictates of truth and the teachings of science. Superstition must go. Let them worship as they will; every man can follow his own conscience, provided it does not interfere with sane reason or bid him against the liberty of his fellow men.”

COMMENT | The same day Malaysiakini runs a piece about DAP’s Lim Kit Siang saying in Sydney that he has no doubt that Malaysia is a secular country, the fabulous Siti Kasim asked our Education Minister Maszlee Malik why there is a ‘ wife-beating’ question in an Islamic Studies exam paper, followed the next day with a rationalisation of ‘ death to apostates’ in a revision book.

Meanwhile, the affable Defence Minister Mohamad Sabu is determined to counter the bad rap of Islam but offers no other narratives that would give the religion in this country a better image, and PKR’s Wan Ji Wan Hussin – labelled a deviant by the former Umno regime – is attempting a discourse within his religion, which as far as I am concerned is a good thing, even it would probably not gain much traction with the mainstream Malay political elite.

And of course, a woman in Terengganu faces whipping for supporting herself through prostitution because her husband has not paid alimony.

Is Malaysia a secular country? The old maverick who is now prime minster (again) certainly didn’t think so. He referred to Malaysia as a fundamental Islamic state, and reminded people back in the day that it was not a ‘moderate’ Muslim country.

Perhaps his thinking has changed in this “new” Malaysia, but I do wonder if any of the Malay political operatives from Pakatan Harapan would endorse Lim's message that “constitutionally” we are a secular country.

I will wager that there will be no such endorsement from the mainstream political class, and I will also wager that this statement will sooner or later be used as a weapon by the Islamists in this country....