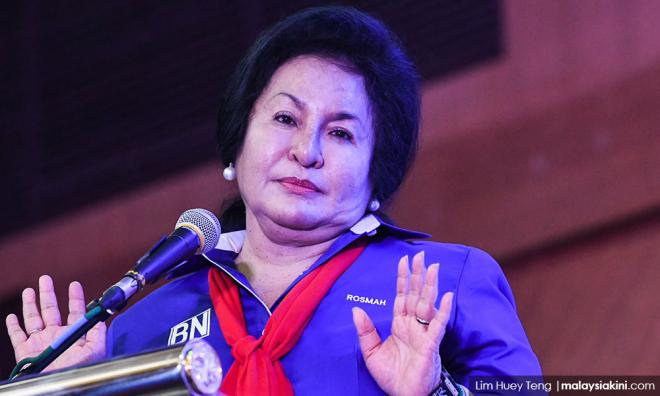 Don’t cry for me, Rosmah Mansor

COMMENT | A woman we know. First name Rosmah, last name Mansor. A name of infamy wherever we go.

Every failed dictatorship has a sidekick like Rosmah. The naïve and incompetent Louis XVI was the last king of France; his sidekick was Marie Antoinette. Marie, like Rosmah, loved luxury. Marie was called “Madame deficit” because she spends the country’s money like it was hers.

Like Rosmah, Marie was also out of touch. When the angry mob stormed her French mansion and complained about being so poor they couldn’t even afford bread, Marie asked, why not eat cake instead?

Both Marie and Rosmah also shared a strange self-indulgence and a laughable vanity. They also have a similar hairdo—the ones that are shaped cylindrically to leave the ground and touch the skies.

Marie and Rosmah flock together with Imelda Marcos and Grace Mugabe.
But I’d imagine Rosmah is disappointed at me for ...