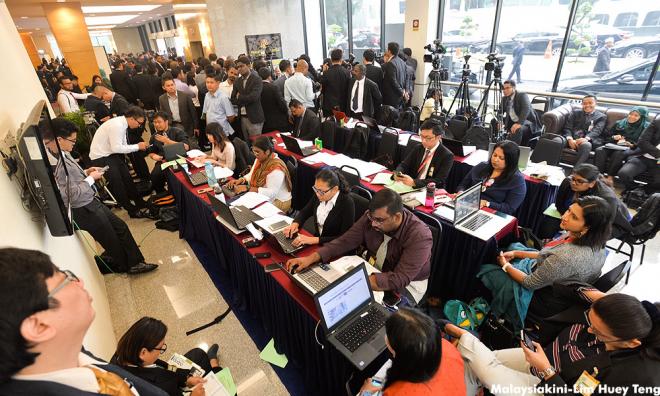 COMMENT | The formation of a media council is not a silver bullet to resolve the malaise confronting the local media. The crisis facing the media is public mistrust of the Fourth Estate which has become more a lapdog than watchdog.

The solution fundamentally lies in industry reform by the media’s stakeholders which include journalists, owners, advertisers, consumers and the regulators. But who is going to bell the cat?

The idea of a media or press council is not new. In his keynote address in conjunction with the National Media Forum organised by the Malaysian Press Institute (MPI) in Serdang last Thursday, A Kadir Jasin, the prime minister's special adviser on media and communications, said the idea was advocated way back in 1974 (when Abdul Razak Hussein was prime minister).

He said the Pakatan Harapan government wants the establishment of the Malaysian Media Council to be expedited. He added the government, however, will not be involved in the process and will leave it to media practitioners to discuss the matter jointly and to come up with a framework by the year-end.

Kadir did not give more details on the proposed media council other than saying he has spoken to the parties concerned and that Prime Minister Dr Mahathir Mohamad has also been informed.

He also said the government was willing to work with media organisations to provide the council with legal backing in the form of legislation and even placing the council under the auspices and funding of Parliament.

This suggests the proposed media council would be both a statutory and regulatory body along lines similar to Suhakam, the Human Rights Commission. This is a top-down approach requiring the Attorney- General’s Chambers to essentially draft the necessary legal framework.

Adopting such an approach would require a pathway and a mechanism. As it stands, the proposal now is rudderless and without form nor substance. But this has not dampened enthusiasm among media practitioners feverishly advocating ideas for a media council or reforms....