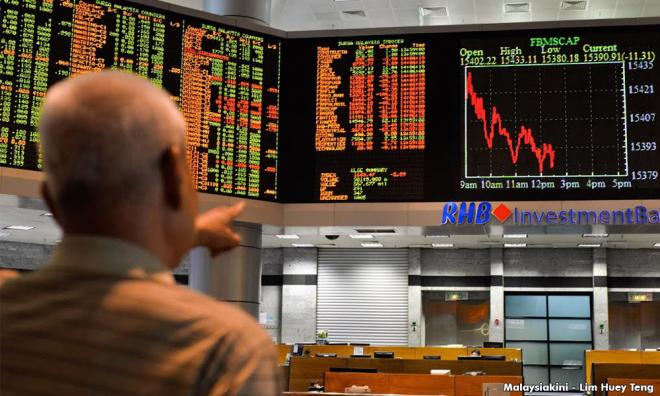 What M’sia must do to withstand a global recession

COMMENT | Recessions are usually defined as two continuous quarters of economic contraction. It has been some 30-odd years since Malaysia has had that, the last being in 1985. Not bad for a country of 20 million then which has since grown to have a population of 32 million.

Although the World Bank affirmed that Malaysia's economic growth will be 4.9 percent in 2019, what is less said is that this is two to three times higher than the anaemic growth rate of all the 27 member states of the European Union (EU).

When Britain is out of the EU by March 2019, the total number of member states will become 26. It will also be led primarily by France and Germany.

The latest election in Germany shows that Chancellor Angela Merkel is no longer the favourite leader of Germany. More and more Germans are reacting harshly against her decision to accept one million Syrian refugees in 2015.

Malaysia does not have a large demography like Indonesia. The latter has close to a quarter of a billion people now. But with reserves of US$101 billion which can sustain imports of up to seven months, Malaysia is not without the means to defend its ringgit. What Malaysia should be careful of is a twin deficit.

A twin deficit happens when imports exceed exports while concurrently we are unable to balance our annual budget. But the Pakatan Harapan government seems ready to balance the budget by 2020 or at the latest by 2021.

Without a twin deficit, the revenue obtained through exports and various revenue streams cannot flow out easily. The commitment to repay the debt of 1MDB as well as the national debt of RM1.09 trillion appear sufficiently good enough to pacify the three leading credit rating agencies in the world.

Moody's, Fitch and Standards and Poor's have not shown any sign of reducing the credit rating of Malaysia. With an A3 rating from Moody's, Malaysia fiscal standing appears solid...