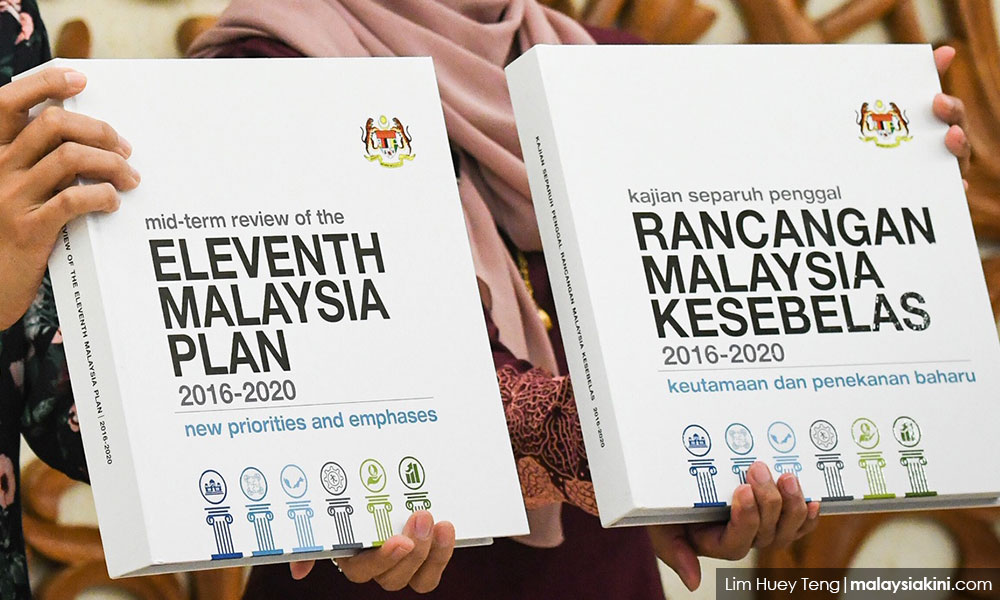 COMMENT | I followed closely, and with interest, Thursday’s review of the 11th Malaysia Plan (RMK11), because here is a plan that was devised by BN to be implemented between 2016 and 2020; however, midway through, a general election happened and BN was thrown out of power.

I bet BN never saw that coming after 61 years of uninterrupted power and never losing a single general election since independence (yes, this has yet to get old in my column!). They must have thought that they would continue to see through RMK11.

Well, boohoo, they have no say in it anymore. The responsibility for carrying out RMK11 now falls on the shoulders of the Pakatan Harapan government and they have decided to carry it on but also conducting a mid-term review of it to see what can be amended.

As we all know, Prime Minister Dr Mahathir Mohamad has mentioned that because of the huge debts that Malaysia has been saddled with, a major change to the plan would be to allocate revenue towards paying off these debts. That also means a reduction in the country’s developmental budget.

Some of the highlights that I found to be refreshing in RMK11 were implementations that are not necessarily related to economy or finance. Many new amendments to the plan were more systematic changes in governance and administration...