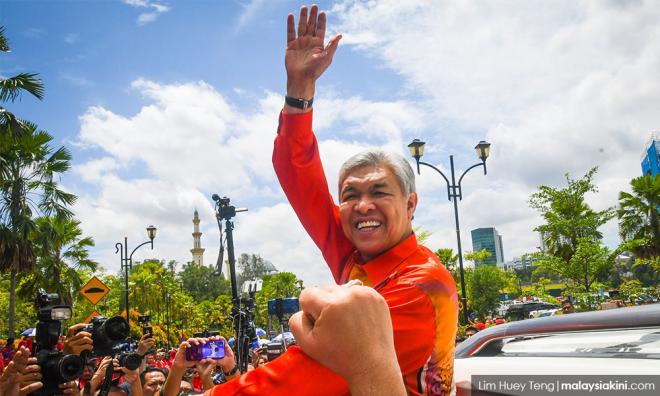 COMMENT | There is a photo Umno president Ahamd Zahid Hamidi must regret taking.

After Anwar Ibrahim was unceremoniously sacked as deputy prime minister in 1998, he held a press conference at his house.

Behind him stood many of his supporters. As journalists scrambled to capture a few would-be historic images, a young Zahid leaned forward and stuck his head out to ensure his pensive face was captured.

Zahid may not the first person people think of when you say Reformasi, but he was one of the early movers. At that time, Zahid was a political secretary and an Umno aspirant. Records show Zahid was a close ally of Anwar.

His assumption of the Umno Youth chief post was largely made possible by Anwar, who then commanded considerable influence in the party. When Anwar was sacked, Zahid stood by the man he owed his success to.

Without a doubt, Zahid’s heart in 1998 was full of hate. Young and brash, Zahid was willing to do anything to reverse this injustice. But then, he later decided that the struggle was too much to handle.

He quietly left the cold Reformasi movement for the warm embrace of Umno. Slowly but surely, Zahid was rewarded for leaving Anwar: a ministership, and then as the number two in Najib Abdul Razak’s regime of infamy...