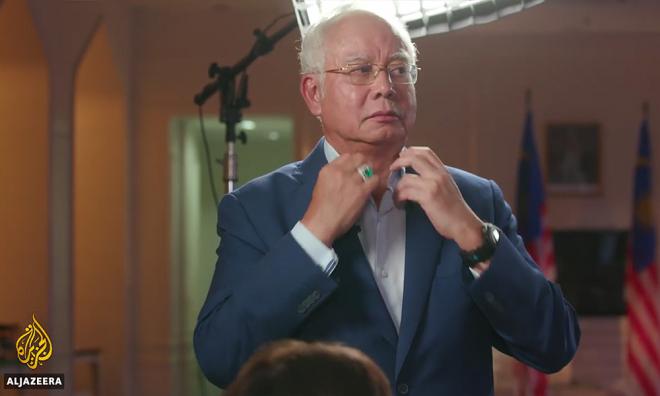 Najib was the best thing for Malaysia

COMMENT | Question: How do you know when former disgraced prime minister Najib Abdul Razak is lying?

Najib was toast, the minute he sat down for an interview with Mary Ann Jolley, from Al-Jazeera. His performance started well. He was brimming with confidence, and even allowed himself to smile, but later his mask slipped and when Jolley began serious questioning, there was no turning back. He was snared.

When Najib threatened to leave, and bellowed, "Come on, you're not being fair to me", followed by, "I'm not going to stand anymore of this", we were reminded of his evil treatment of others.

Najib and his henchmen had not acted fairly, to the people who died, or those who were arrested, dragged to court and fined and/or jailed for insulting him and his wife, the self-styled former First Lady of Malaysia (FLOM), Rosmah Mansor.

Why did Najib agree to the interview? He is used to a fawning mainstream media. He cannot handle probing questions. He hates being grilled. It reminds him too much of the MACC.

Even when he met Malaysian students in High Commissions and embassies, their questions were screened by his aides and only pathetic ones like, "What does your cat eat for dinner?" were allowed.

Last night, when pressed about Altantuya Shaarriibuu, the Mongolian model-cum-interpreter, who was murdered, Najib's composure dropped. Minutes earlier, his Adam's apple had been bobbing up and down like a yo-yo.

For many years, I have observed his body language, while being interviewed by the foreign media. In happier times, he was relaxed, but last night, a scowling man was revealed. His head was cocked to one side and his eyes pleaded for assistance from an aide, who was hidden from the camera.

Jolley's interview gave us a glimpse of a man who still thinks he can do no wrong. Twenty seconds into the interview (at 4.03 min) Najib was playing the blame game...