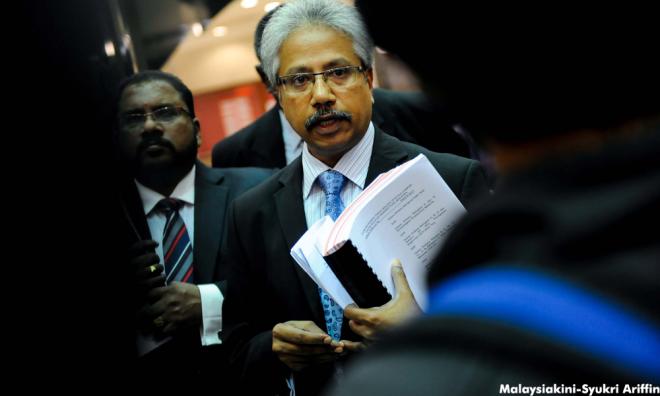 COMMENT | There used to be a time not long ago, when silence by non-Malay political operatives when it comes to Malay sacred cows was enough for the Malay far right.

The end days of the Najib kleptocracy necessitated a ratcheting up of the Malay supremacists’ ideas. This meant if you were against discriminatory policies, you were a “racist” for attempting to cause instability in the Malaysian social and political landscape for promoting egalitarian ideas.

I explored this issue here (two years ago) – “In other words, standing up to bigotry and racism becomes a racist act and questioning those very provisions or policies that divide us along racial and religious lines becomes a racial political agenda. This is funny because oppositional parties are bending over backwards and in doing so engaging in the kind of political behaviour that contributes to the system of oppression that has sustained Umno all these years.”

This is exactly what is happening to P Waythamoorthy, a political operative who has been told to resign for comments made 10 years ago and because the Malay far right needs a causality in the culture wars that they are pinning their hopes on to return to federal power.

The irony is, of course, nothing Waytha has said in connection with the International Convention on the Elimination of All Forms of Racial Discrimination (Icerd) warrants the kind of sanctions put forward by these Malay supremacists.

Indeed, Waytha is the convenient scapegoat for the political machinations of a government which has found itself in a political quandary not because they have been outplayed by the Umno/PAS opposition, but because they do not have the scrotal fortitude to carry out the reforms they were shrieking about before May 9.

Indeed, as one Umno political operative told me, for those “stupid people” who think that New Malaysia is not about race and religion, this is a wake-up call for them. The fact is that this whole Icerd controversy is something that works only because of the statements to further the Bangsa Kool-Aid narrative.

Waytha as a political operative at least has been honest about his racial politics. True, I have had many public spats with him about his political stances but his political narrative - for better or worse - has been to put himself forward as an advocate for Indian issues, much like the way that Chinese issues are framed as a “Malaysian” agenda.

This, of course, goes against the Kool-Aid which demands that our culture be sublimated by some opaque Western notion of assimilation. Mind you, assimilation is a one-way street with the Malay "new Malaysians" exempt from this silly idea.

When it comes to Malay supremacy in terms of Article 153, Waytha like most Harapan political operatives has been extremely circumspect. For instance, when questioned on the “time limits” of those special rights (affirmative action policies), which Icerd is supposed to limit, Waytha stated that there is no time limit when it comes to the special rights as provided in the constitution of Malaysia. Indeed, he expressly stated that if there was such an issue, then Icerd would not be ratified.

In one of my earlier articles, I referenced an Umno minister who claimed that the special rights of the Malays would go on in perpetuity. So far, nobody from Harapan, certainly not a political operative like Waytha, has suggested otherwise. Indeed, when it comes to a provocative issue like Icerd, Waytha has become the poster boy for Malay anger, simply because the non-Malay members of Harapan have decided that they do not want to tackle this issue because to do so would put a target on their...