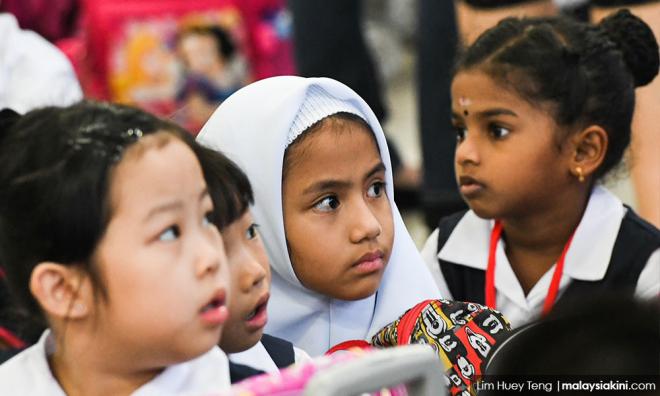 Forcing birds of a feather to flock together

COMMENT | A few days ago, Education Minister Maszlee Malik spoke about the importance of racial integration among students. He claimed he does not understand why most students only mix with those of their own race and do not widen their circle of friends in a multiracial Malaysia.

Since our education minister doesn’t seem to comprehend the reason for this, as a mother of two and a person who works closely with children, I feel compelled to step in and share some stories I’ve heard from the children.

A couple of years ago, an 11-year-old student, in a state of confusion, asked if God would be angry at her for being friends with her two non-Muslim classmates.

She said: “My ustaz (religious teacher) said it is haram to be close to people who are not Muslims. He said they could influence us to do wrong things that could eventually make God angry.”

Another student from a different school, this one a non-Muslim aged nine, said she no longer wanted to be friends with another student, a Muslim, who used to be her best friend.

“Lina said when she dies she and her family will go to heaven. But when I die, all of us will go to hell. She said her agama (religion) teacher told her so and she thinks it is the truth. I don’t like her anymore.”

Having been told something along these lines by my own ustaz and ustazah during my school years in the 1980s, I wasn’t shocked to hear their stories

However, I was ultimately shocked when my teenage son, who was then doing his foundation level at a university in Perak, shared this incident with me...