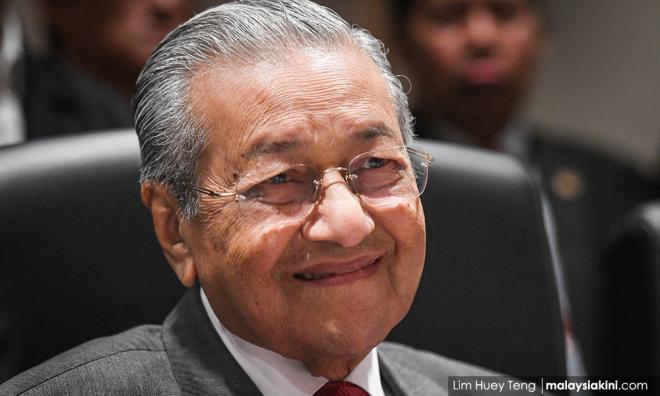 QUESTION TIME | If we thought that Umno-style gangster politics is dead and gone with New Malaysia, we have been very sadly mistaken as the recent issue over the ratification of the International Convention for the Elimination of all forms of Racial Discrimination (Icerd) shows.

Somehow or other, the ratification of this convention has been taken to be a major attack on the special privileges of bumiputeras, including Malays, resulting in a cacophony of protests by Umno and PAS, which were rather badly handled by the Harapan government.

It is no such thing. There are enough safeguards and provisions in the Icerd for the special privileges of bumiputeras to continue and there are countries such as the US which ratified the treaty, saying its own constitution provides for those rights, and if there is any problem, then its constitution will stand supreme against Icerd.

Despite what Prime Minister Dr Mahathir Mohamad has said about having to amend the constitution, which would require a two-thirds majority in Parliament, to ratify Icerd, most expert legal opinion is that there is no such necessity. In fact, Mahathir had said in September at the UN General Assembly that Malaysia would ratify six UN conventions, which includes Icerd.

The about-turn that Harapan made over Icerd is substantive for one very important reason: it has basically submitted to the blackmail of Umno and PAS who had threatened not just demonstrations but violence. Demonstration organisers talked openly about creating another May 13 in videos that went viral, raising needless alarm and concern.

That will only encourage them to come up again and again with gangster-style tactics of violence and bloodbath when every issue of importance is debated. Capitulation to them now over an important issue in Malaysian politics will only make them raise their voices higher and their threats more severe in future.

What was terribly surprising was the silence and muted response by Harapan leaders over an issue which had been twisted and turned by the opposition Umno and PAS into a highly explosive racial and religious one.

There was no attempt to explain that ratifying the Icerd was in no way against bumiputera rights but was aimed at endorsing universal principles against any form of racial discrimination. Icerd specifically excludes special privileges for any community as a means of social redress for as long as that is necessary.

There are some who say that the Federal Constitution sets no limit on special privileges, but even that is not an issue as Icerd can be ratified subject to the primacy of a country’s own constitution as the US did when it ratified Icerd in 1994...

Related Reports
DAP and its excuses for failing the ratification of Icerd
2 years ago
Icerd rally? Organise 'kenduri' and help needy instead, says Amanah vice-chair
2 years ago
An Icerd post-mortem: What it meant to whom?
2 years ago
Anti-Icerd 'celebration' only aids Zahid, Hadi's ambitions - PM's polsec
2 years ago