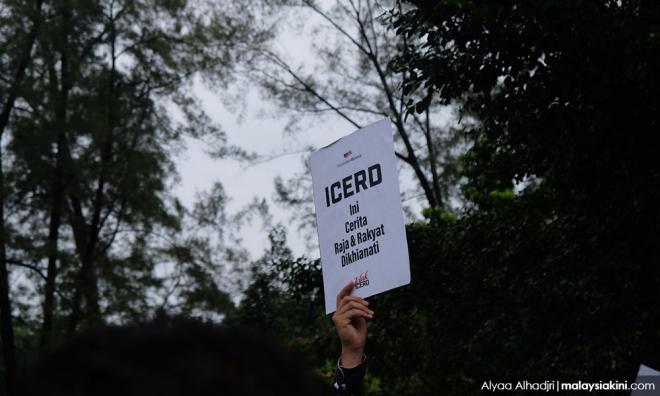 “That is straight up playing the racial card, there's no other way to see it. And I'm against it totally.”

COMMENT | I hope people understand that when the Pakatan Harapan grand poobah Dr Mahathir Mohamad acknowledges that Bersatu is a racist party, he is essentially saying that every member of Bersatu is a racist. The party and its members are not mutually exclusive. It really is not important that Bersatu, although racist, is not against the other “not race-based” parties, but rather that these multiracial parties are willing to work with racists.

I am neither surprised when Mahathir flouts his racist credentials nor surprised that there has never been any pushback from the non-Malay power structures which supported him when he led BN and now Pakatan Harapan. BN Redux is the realisation that assuming federal power means ditching the Kool-Aid but still expecting the non-Malay base to behave as if hooked on it.

As I said six years ago about the realpolitik of Mahathir – “He never hid behind any politically correct justifications for his policies, making the social and economic inequalities faced by the community he claimed to represent as something beyond their ability to overcome and exacerbated by the presence of ‘foreigners’ who took advantage of their hospitality. This of course is pure rubbish but it is the narrative in which he chose to frame the racial discourse.”

I have no idea if it is tragic or funny, that the majority of the voting Malay demographic did not vote for Bersatu but instead voted for Umno and PAS. So while Umno political operatives are busy considering whether to jump ship to Bersatu if Umno cannot capitalise on the race and religion card, non-Malay power structures are getting nervous of the possible power Bersatu could acquire, which is why we hear rumblings about anti-party hopping laws.

Those in Umno, like the young operative whose quote begins this piece, have to grapple with the new reality - that a BN Redux means that they have become the far right. Umno has to hitch their wagon to PAS, who are embroiled in their own little power plays between the various factions which the non-Malay urban demographic have no idea exist, but would determine the nature of the alliance between Umno and PAS.

While I may be hypercritical of PKR president Anwar Ibrahim, at least he had the cojones to attempt a multiracial alternative. The drawback – politically – is he has to make all these pro-Malay statements because his bumiputera bone fides has always been in question. Not to mention the internal power struggles in PKR which Malay political operatives in Umno, PAS and Bersatu are meddling in, which gives the impression - sometimes unfairly – that PKR is the clear and present danger to Harapan hegemony. It is not.

I once wrote that if you set yourself as a champion of your community, sooner or later, your credentials will be challenged. The problem with Mahathir's babbling on about his racism and that of his political party, is that he will always have to answer to Umno and PAS when it comes to those issues that are sacred to the Malay community.

Mind you, those issues have nothing to do with development or standards of living, but rather issues that diminish the “rights” of the non-Malays in this country or hamper the economic development of a multiracial country in favour of the kind of “Malayism” that mainstream Malay politics want to impose on all of us, which is a balance between racial and religious supremacy.

This is reflected in the propagandising of issue like the injury of firefighter Muhammad Adib Mohd Kassim in the recent temple riot. Numerous potentates have made pilgrimages to his hospital bed, while non-Malay elites and the vox populi have made sympathetic statements and started charity drives.

Kindly remember that someone like veteran journalist and now Bersatu member A Kadir Jasin in 2013 wondered out - “As has always been the case, when we send our policemen and soldiers into battle and are killed or injured, the chances are they are Melayus and Bumiputeras. Perhaps there is wisdom in getting more Chinese and Indians to join the armed forces so that they too can die for one Malaysia” – in ‘I wish to remain a Malay’...