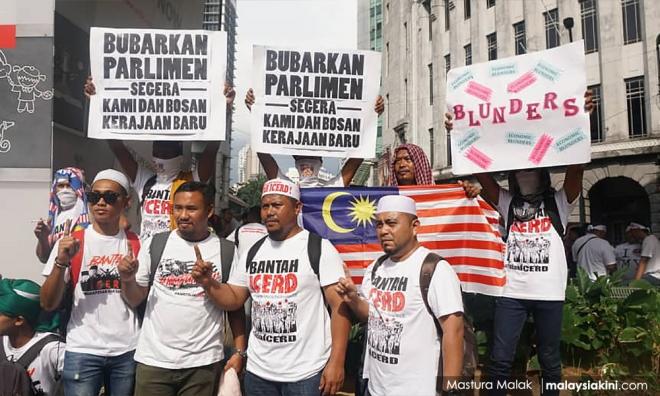 Rally shows need for a radical revamp of the curriculum

COMMENT | Yesterday's rally against the International Convention on the Elimination of All Forms of Racial Discrimination (Icerd) – which took place without any real reason, since Putrajaya had backed off from its original aim to ratify the treaty – saw 99.9 percent Malays staying at home out of boredom of being stupefyingly represented by 'amuk Malays'.

Rallygoers went on a 'melatah' (exclamation) trip, where they protested for the sake of protesting.

This moment in history is a challenge to our Education Ministry to radically revamp the curriculum. It should underscore the importance of the direction of writing and teaching history that we are to embark upon.

What kind of history, or rather whose history, are we going to pass down to make the young peaceful and peaceable, and to help build a better Malaysia?

I have these notes for the Education Ministry to use as a guide:

The science of brain-based learning has shed light on optimal learning conditions.

In Malaysia today, we have produced a nation of people that are angry and use race and religion as negative tools of engagement.

The nation's brain has become 'reptilian' in this age of race-rooted mental insecurities, perpetually defaulting to fight or flight mode. This explains why we display signs and symbols of anger in public forums both in physical as well as cyberspace – keris wielding, internet spamming, and all other forms of human aggression.

Our education has failed to force our educators to teach tolerance. Had our schools and universities been less segregated, the evolution of our civil society would have taken place at a much faster pace.

Our institutions – political, cultural, and economic – are based on racism. We have forgotten that in each and every religion and culture lies the idea of the universality of human need, and how these will never be met through greed, or through institutions built upon wants and not needs.

We can help tap our students' brain potential by guiding them to move away from the level of the 'reptilian' brain, and towards the 'higher' brain. The latter is a suitable condition for the advancement of higher order thinking skills, much needed to develop the three-pound universe in our head.

The mind will need new ways to be stimulated in order to grow. A plethora of research on brain-hemispheric dominance attests to the idea of mind expansion through proper care and education of both sides of the brain.

Newer strategies of teaching history, culture, and consciousness are therefore needed. Race and ethnicity are merely constructs of social dominance, containing neither scientific nor philosophical bases...