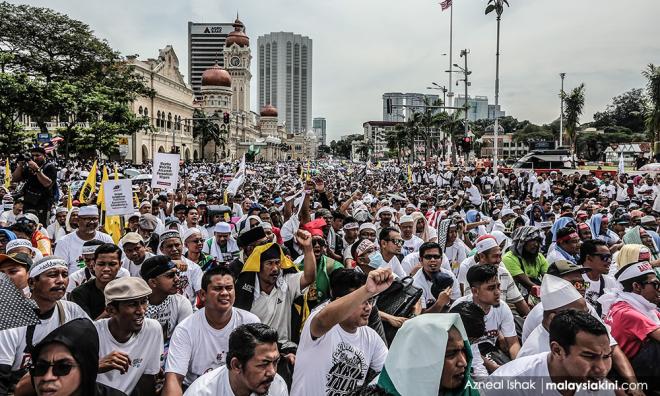 Proof that Malaysia is split down the middle

COMMENT | I’ll be honest and say that I did not expect the turnout at the anti-Icerd rally to be as huge as it was. I was making my assumptions based on all the other gatherings that have been happening throughout the past seven months since Pakatan Harapan won the government.

These gatherings, such as the ones at the courthouse whenever an Umno leader (ie: its former president Najib Abdul Razak or current president Ahmad Zahid Hamidi) is brought to be charged, have been very small.

Then, lo and behold, the reports started coming in on that fateful Saturday and it would seem that the number of people who turned up could rival any of the previous Bersih rallies. The streets of Kuala Lumpur were filled with people in white.

The only difference was the demographics of the rally-goers. If the Bersih rallies of yore consisted of people of various races and beliefs, this one was very homogeneous. It was mainly the Malay Muslims who attended the Dec 8 rally...