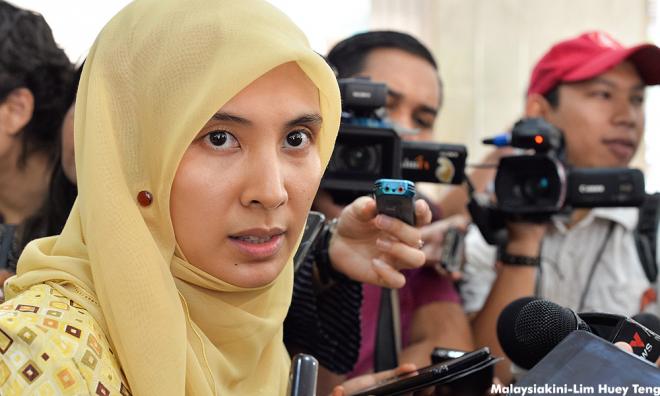 There's something about Nurul Izzah and Latheefa

"People are expecting a lot from us, so I always take my position that if you can't be that voice of conscience, then what good are you? I try my best to remind myself and everyone else of the key concerns."

"PKR needs to realise that it is now part of the federal government, charged with no less a task than instituting reforms and properly governing the nation. Hence, it must uphold the highest and best democratic practices.”

COMMENT | The resignation of Nurul Izzah Anwar from her posts in PKR and the government is an interesting development in this New Malaysia. While Nurul Izzah has made clear the reasons for this course of action, the rumour mills are in overdrive blaming the schisms within PKR for her decision.

Numerous people from both camps have been calling and texting me, hoping I would contribute to the narrative; I just tune all that nonsense out. As far as I am concerned, Nurul Izzah did the strategic thing in resigning.

The current political climate is toxic. Not only are we witness to the reshaping of political parties for hegemonic agendas, we are also witness to a level of hypocrisy and sycophancy not seen before in Malaysian politics.

Stepping out of the fray hopefully brings clarity. Nurul Izzah is no ordinary politician.

I do not mean this in some sort of messianic way that her supporters are wont to do. She is the daughter of a former establishment figure turned dissident turned political prisoner. Her parents – although some now claim otherwise – are the architects of the removal of Umno from power.

This is not to say that Nurul Izzah did not do the hard work that got her to where she is today. Familial dynasties in politics is a brutal game unless you are Muhkriz from clan Mahathir, where your old man is thought to be the messiah who would save Malaysia.

Nurul Izzah occupies that heady terrain of young Malay leadership that will one day – very soon – determine the direction of...

nurulizzah
latheefakoya
pkr
Related Reports
No turning back: Nurul refuses to retract resignation
2 years ago
The wars to come: Nurul Izzah, PKR and Bersatu
2 years ago
KJ: A waste if Nurul doesn't return to frontline politics
2 years ago
Don't comment on my behalf, Nurul tells Bersatu leader
2 years ago