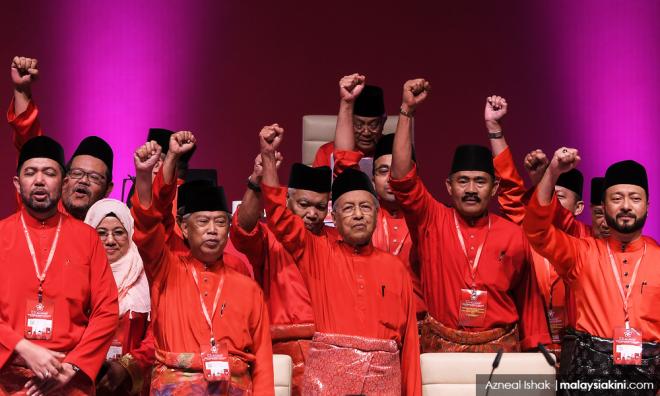 QUESTION TIME | If anything, Bersatu’s recent annual general assembly starkly shows one thing - that it is merely an extension of the old Umno (Baru) and will use the model of Malay superiority and put back in place corruption via patronage politics.

The only way to check that unfortunate retrograde policy is for the other Pakatan Harapan partners, especially those who have three to four times the number of MPs Bersatu has, to exert their combined muscle to rightfully regain more influence in the coalition and restore the original reform agenda pre-GE14.

Bad enough that you have the former EC chairperson advocating breaking laws but this same person was shockingly appointed in August last year to head a Putrajaya committee that will make recommendations on electoral law reform in two years time.

This same Abdul Rashid had been heavily criticised by both PKR and DAP, the dominant parties in Harapan, over his tenure from 2000 to 2008 as the EC chairperson. This continues a tendency for Prime Minister Dr Mahathir Mohamad to appoint controversial and/or discredited people to important positions.

This includes Daim Zainuddin to head the Council of Eminent Persons; former inspector-general of police Abdul Rahim Noor (who brutally assaulted Anwar Ibrahim and gave him a black eye while in police detention) to negotiate security arrangements with Thailand and former discredited attorneys-general to important positions.

Abdul Rashid’s comments at the Bersatu assembly are particularly galling and provocative and advocate extrajudicial measures to keep and extend Bersatu’s hold on power. These are clearly against the law but Abdul Rashid received a misplaced standing ovation from Bersatu delegates...