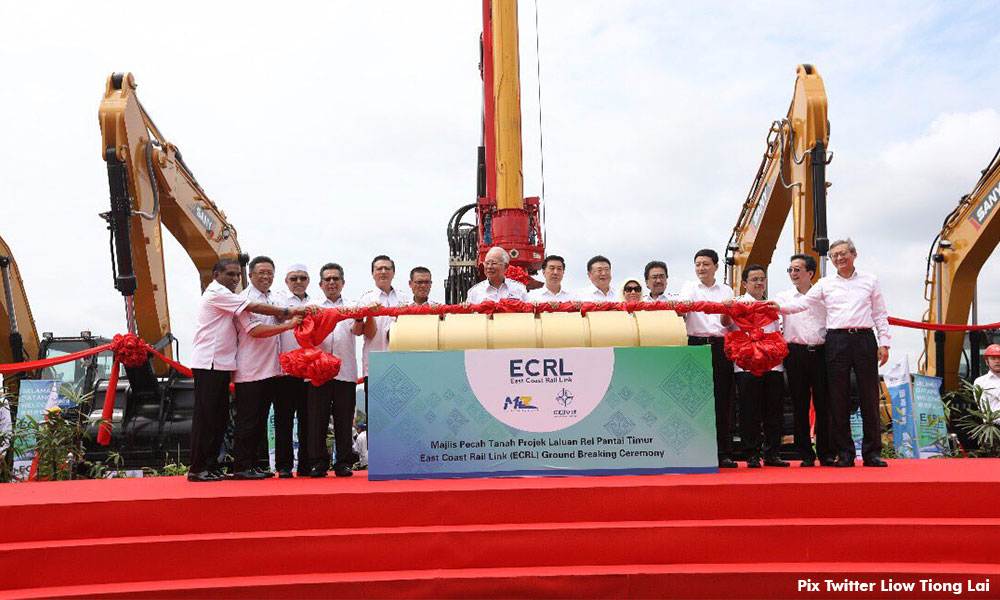 Why the RM81 billion ECRL should not resume

QUESTION TIME | Recently, Prime Minister Dr Mahathir Mohamad talked about a resumption of the RM81 billion East Coast Rail Link, albeit at an unspecified lower cost. But it will be a very bad mistake if this goes ahead, simply because we don’t need it.

First, some background. The original cost of the project when first announced was RM55 billion – but that was for the stretch from Gombak to Kota Bharu, and does not include the Gombak to Port Klang stretch.

This was estimated by the new Pakatan Harapan government to cost a further RM11 billion, to make construction costs alone RM66 billion.

It was envisaged that viability would be ensured by transhipping traffic between Port Klang and Kuantan to avoid the circuitous route around the Malay peninsula for trade between east and west. But figures indicate you need very large amounts of trade to make this feasible.

And then there are other costs such as rolling stock, land acquisition and financing during construction, all of which, according to Finance Minister Lim Guan Eng, pushed the cost up to a massive RM81 billion.

I did some back-of-envelope calculations for feasibility in a previous column. Currently, KTM transports just six million tonnes per year, and its revenue is estimated at no more than RM600 million in 2017, which gives an average transport charge, ignoring passengers, of RM100 a tonne.

If we use this figure for ECRL, 53 million tonnes will give it revenue of RM5.3 billion for freight or RM7.6 billion in total, assuming the given ratio of 70 percent freight to 30 percent passenger for revenue.

ecrl
Related Reports
ECRL can go on, but with revisions - PKR Youth
2 years ago
ECRL reports not done yet but Chinese envoy optimistic of deal
2 years ago
If they can 'rob' Petronas, they can afford ECRL - Najib mocks gov't
2 years ago
PM: Renegotiation of ECRL not easy, timeline yet to be determined
2 years ago