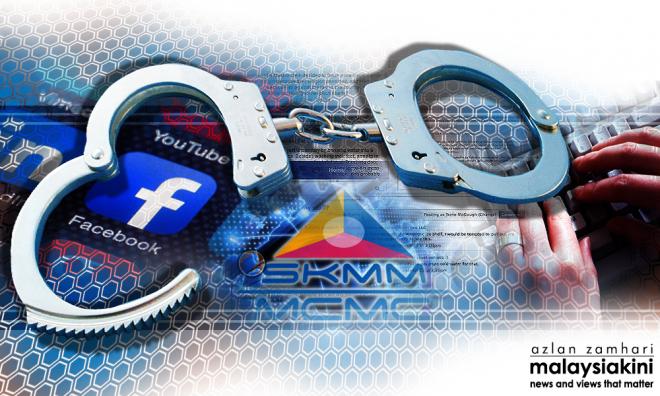 Be afraid, Big Brother is watching you

COMMENT | Be afraid. Be very afraid. The Malaysian Communications and Multimedia Commission (MCMC) has been instructed to watch you. If you say anything against the institution of royalty during the run-up to the election and proclamation of the new Yang di-Pertuan Agong, you could be in for a spot of trouble.

And whaddya know, the instruction comes from none other than Communications and Multimedia Minister Gobind Singh Deo. Probably the last person you’d expect to issue such a frightening, anti-democratic instruction that could have come out of a page of George Orwell’s iconic novel 1984. That’s an even bigger reason to be afraid.

When Gobind was in the opposition, he was one of the biggest advocates of free speech and expression. He struck me as being one of the bright sparks of Pakatan Harapan, one of our best hopes for a better Malaysia.

Last October, when he had become part of the Harapan government, he announced that he had presented a proposal to the cabinet to impose a moratorium on the Sedition Act 1948, and that the cabinet had agreed. I applauded him for living up to hopeful expectations.

He also gave the assurance then that the cabinet had made a “decision” to eventually abolish the Act. That was good, it showed that Harapan was on the right road to reform.

But now, look at what has become of him. Is he going to say, “I’m just doing my job”, eh? If he does, I’d say, “Get real.” Because what is frightening about his instruction is that it goes against the idea of a true democracy, the democracy that Harapan has been espousing for Malaysia even before the 14th general election.

What Gobind is proposing is something that comes out of a police state that does not tolerate opinion on certain issues. Something that he and some of his cabinet colleagues had had a bitter taste of when they were still in the opposition...