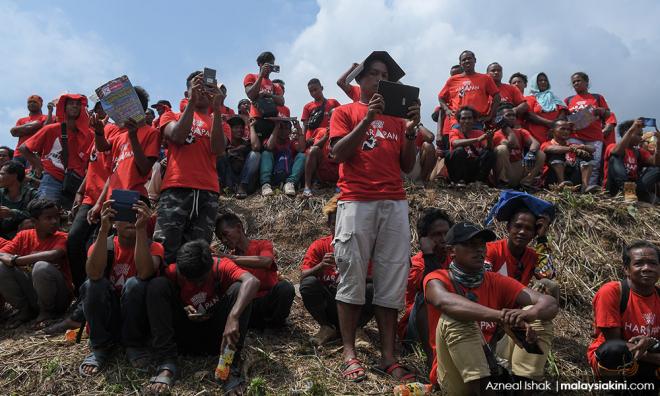 COMMENT | Although not to the degree touted by the BN as a ‘referendum,’ the Cameron Highlands by-election does indeed offer important lessons.

So far, in valuable analyses, the focus has been on ‘ethnic voting’ patterns (in which the Malay community showed the most swing away from the new federal government), the choice of candidates and the need to shift campaigning practices in rural/semi-rural areas.

While these issues were important in shaping the final vote, they miss the larger point: Pakatan Harapan’s biggest mistake in Cameron Highlands is that it adopted the practices and assumptions of BN in the election. In Cameron Highlands, Harapan locked itself into a ‘campaign as usual’ mode that did not effectively embrace the reform momentum that put it into office or move its campaigns out of the ‘old Malaysia’ mode.

A number of studies have examined the results. Below, using a statistical method of ecological inference, is my analysis of estimates of voting behaviour in Cameron Highlands. There are three important findings.

First, turnout dropped across the different ethnic communities, especially among Chinese and Indian voters. This is not a surprise given the timing of the by-election before Chinese New Year but speaks to fatigue and disinterest among voters across communities and within Harapan’s political base.

Second, the swing in support along ethnic lines is biggest among the Malays – a large swing of over 31.5% to BN. This was followed by an estimated swing in Indian support for Harapan, by 5.1%, and estimated swing in favour of BN by Orang Asli voters of 5%. The BN’s victory was indeed tied to the candidate and race-based mobilisation.

Finally, Harapan witnessed an erosion in its political base, losing support in terms of both turnout and even among Chinese voters, although not to the extend as losses in other communities. Harapan’s Cameron Highlands defeat should be seen as their own weaknesses in the campaign.

I argue that a crucial part of the erosion of support comes from Harapan’s adoption of ‘old Malaysia’ practices. Perhaps the most rigid of these practices is the continued insistence of seeing Malaysians race first. No one denies the importance of ethnic identity in Malaysia, which is tied to rich cultural practices and been embedded in social and political life for decades. Yet, at the same time, the myopic and shallow focus on race constrains much-needed reform in political engagement.

BN survived 60-plus years on using ethnic politics to legitimise and maintain its hold on power. They are continuing to rely on this old model for political survival today.

In Cameron Highlands, their victory was tied to two racialised factors: the strategic upfront choice of a candidate for his race - Ramli Mohd Noor representing Orang Asli - and the insidious behind-the-scenes anti-Indian/pro-Malay racism that was emotionally used as a tool to bring back the support of the Malay community and secure a BN victory. The BN fed on sentiments of ethnic displacement and insecurity, especially among the Malay community, as they have done for years.

The mode has changed somewhat, however...