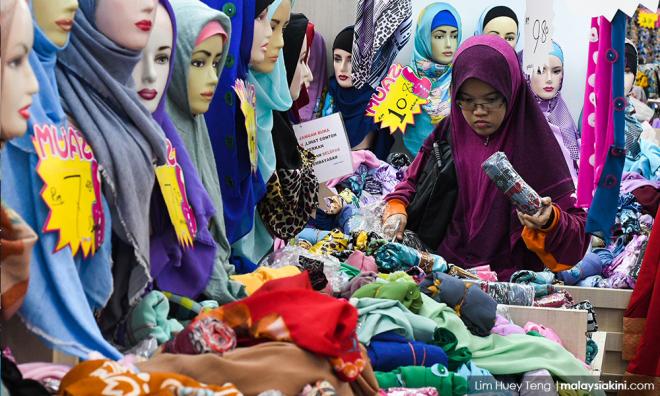 The moderate Malay Muslim is a myth

COMMENT | This time last year, we were gripped by a culture of fear. Badmouthing the prime minister would attract the police. Publishing anything which annoyed Putrajaya would encourage the MCMC to block your website. Criticising the royals would invite mass protests and charges of sedition. We lived in a surreal world where corruption triumphed over common sense.

Fast forward to January 2019 and “Malaysia Baru” is a comparatively freer society. We can express ourselves without the fear of the police and the dakwah squad breathing down our necks. But one thing is clear - the moderate Malay Muslims are still in hiding.

Now, let me pop another bubble.

The Malays who demand syariah law, who want Malay women to be seen and not heard, who want women to be covered and assume a backseat role in society are not the rural folk.

The villagers are too busy trying to survive. Instead, the ones who demand a more Islamic society in a multicultural Malaysia are the tudung-clad Muslim women or Muslim men who are comfortable in Western attire, who converse in English, are Western educated, are well-travelled and professionals and articulate.

The voices of "moderate" Malay Muslims are needed to help oppose the growing demand for extremist practices, like the hudud bill or the death penalty for those who quit Islam. Again, the moderates have gone into hibernation.

They are probably afraid to be seen opposing other Muslims and risk being called heretics. We want their voices to lend support to oppose the beating and whipping of LGBTs and the violent deaths of transgenders, to criticise polygamy, child marriages and khalwat squads, and to denounce the forced conversions of the Orang Asli.

The "moderates" keep quiet, even if they disagree. Their silence is tantamount to approval of these extremist practices. In truth, there are no "moderate" Malays. They do not exist...