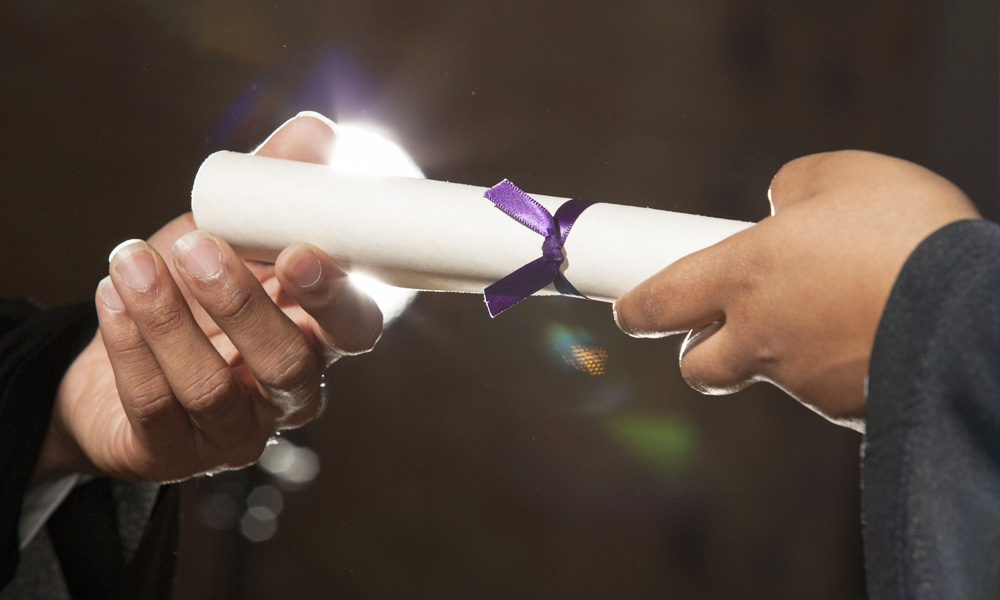 Do leaders need real degrees, or PhDs in 'ampu-bodek-ology'?

COMMENT | If degrees do not matter much, then perhaps we should judge people solely on their ampu-bodek (currying favour) qualities. Malaysians are good at ampu-bodek.

More importantly, making out that dodgy degrees don't really matter only belittles the efforts of those who made huge sacrifices, and worked hard, to earn a real degree. Not having a degree does not make you a lesser person; but fabricating one does.

Many years ago, I befriended a girl, whose parents were hawkers peddling curry mee at a coffeeshop in Ipoh. After school, she would be at her parents' stall, helping out.

They lived in a modest one-storey wooden house, in one of Ipoh's new villages. Both her mother and grandmother had pawned their jewellery to help finance the children's education.

This family made sacrifices which few of us could imagine. They led a frugal life. No holidays. No treats. No new clothes or shoes. They had never been out of Perak. They owned a motorised trishaw and a bicycle. The investment in education paid off.

Her brother became a consultant at a hospital in England. Another brother, an engineer, continued with a PhD in Australia, and she scored a double first in civil engineering, also in Australia and remained there.

Affirmative action policies held the children back. The parents refuse to leave Malaysia, which they call home. Moreover, with their own families to consider, the children only want the best for their offspring. They will only return to Malaysia if they are considered equals.

Why the special treatment?

When Deputy Foreign Minister Marzuki Yahya (photo) was economical with the truth about his "Cambridge degree", his peers rallied round him. Was this out of sincerity, or did they also have something to hide? Politicians are good at closing ranks.

If any of us were to concoct the same fabrication about our degree to an employer, we would be kicked out without any explanation.

Why should Marzuki be given special treatment? Remember that the rakyat got rid of Umno-Baru/BN because they were master fabricators.

During the previous Umno-Baru/BN regime, politicians with dodgy degrees refused to step down after their academic qualifications were exposed. Why should we set a precedent and go down the same slippery slope?

So, why belittle everyone, including the politicians who worked hard for their degrees?

When he was initially confronted, Marzuki dismissed the police report that had been made about his dodgy degree, and claimed that this was part of a smear campaign by certain parties. He was aware that politics involved “mudslinging and baseless accusations” and he vented his fury at the "evil intentions" of the edits made to his Wikipedia page.

He said that he would hand over his academic qualifications only when the police called him in for questioning. Perhaps, at that point, Marzuki thought the whole issue would blow over. It did not.

When he was finally hemmed in, Marzuki played dumb and waffled, by saying that he had gone to Cambridge International University in the US instead. He simply dug a deeper hole for himself.

Marzuki is not some two-bit foreign ministry peon, but the deputy foreign minister. We are embarrassed by his actions, but it appears that his colleagues are shocked by the public outrage.

Have they forgotten that the public are fed up with politicians who lack integrity? If they think that politicians who lie should be given a second chance, they should reconsider having Najib Abdul Razak back as the prime minister again!

It is not about the degree, but it is the fact that Marzuki was economical with the truth about his degree.

Bersatu supreme council member, Tariq Ismail (photo), said that Marzuki should not be judged solely on his fake degree, and said that although this was a stigma, at least Marzuki did not rape or steal.

The Bersatu deputy president, Mukhriz Mahathir, claimed that Marzuki had not been chosen as the deputy foreign minister because of his degree.

Raping maids, sitting unchaperoned with underage girls in cars, and stealing billions of ringgit made little impact on Malaysian politics.

So what was so special about Marzuki, that he was the preferred candidate? If one can fabricate one's degree, what other things can one be hiding?

Home Minister Muhyiddin Yassin said that he was satisfied with Marzuki's explanation and that Marzuki would remain as Bersatu's secretary-general.

With great irony, he reaffirmed Pakatan Harapan's commitment to the principles of integrity, honesty and truth (HIT). Then, in the next breath, he confounded us with the warning, "Don’t ever lie. If you make up a story, of course the people will not support you.”

Minister in the Prime Minister's Department P Waythamoorthy said that Marzuki was good with the grassroots members and had credibility; but Mohd Isa Abdul Samad was also "good" with the Felda kampung folk, and became chairperson of Felda despite dabbling in money politics. He has now been charged by the MACC for corruption.

So, how does Bersatu punish members who fail the integrity test?

Bersatu supreme council member Rais Hussin said, "One should have high integrity (when holding office), as one thing we fought against Barisan was the lack of integrity. Integrity is everything and everything.”

Harapan politicians talk about integrity, but none has demanded Marzuki's resignation.

As usual, when these people are caught red-handed, they hold up their hands, to say that they leave their fate in the hands of the prime minister, Dr Mahathir Mohamad.

If they had an ounce of decency, they would save Mahathir the trouble and resign.

Not only do they not know the meaning of integrity, they have insulted the people who made many sacrifices to get real degrees.

Politicians who fabricate their dodgy degrees hold public office. An apology will not suffice.

education
Related Reports
Muhyiddin: No action against Marzuki on academic cert fiasco
a year ago
Marzuki picked for political strengths, not 'unrecognised' degree - Waytha
a year ago
Wee: Easier to win lottery than to get Marzuki's grades
a year ago
Dr M on Marzuki: We've not really found out what happened
a year ago