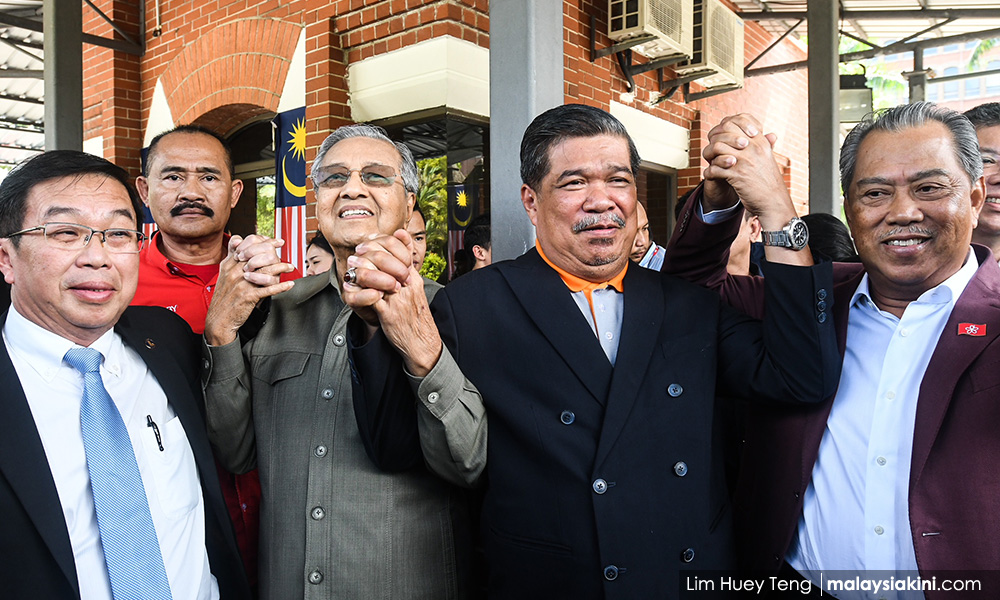 Harapan turning into BN is not the problem

“We are a party for the Malays and bumiputera. Not just in name, but this party was formed for the Malays whom we see now as having lost their protectors.”

COMMENT | Let me get this out of the way. Maybe some of you think like this too. I do not care that former prime minister Najib Abdul Razak is not in jail.

I am reasonably confident that the process that could put him in jail is underway albeit at a snail’s pace because the nature of his malfeasance, the scope of his criminality and the players involved warrant slow meticulous, legal work. To claim that people are disappointed in Pakatan Harapan because the former prime minister is not in an orange jumpsuit is disingenuous.

Some people are disappointed in Harapan not because the pace of reforms is slow but as the months drag on, it is becoming obvious that Harapan has no intention – unless forced to – to carry out its elections promises. In fact, if they are not backtracking on campaign promises, they are outright claiming that they have no intention of carrying them out.

Now, if removing Najib was the only reason you voted Harapan, then this is not an issue for you. I would argue that if you are a non-Malay, you voted for Harapan even with Bersatu in the mix because you thought that finally, this country could move in a direction where Malay supremacy and religious extremism would be tempered with egalitarian policies that were needed in this fast-changing geopolitical landscape.

This idea that only Mahathir can undo the damage he did displays a profound lack of introspection by people making this argument. In addition, it is naive. The road Malaysia was on was not created by Umno alone but rather, a compliant polity who voted in the BN regime for decades and often demonising the opposition as idealists or worse, claiming that the opposition could not run the federal government.

There is this dumb argument floating around that we should give Harapan more time since BN had six decades (or thereabouts) to “destroy” this country. This argument is not only ignorant, but it is also ahistorical...

pakatanharapan
bn
Related Reports
Harapan's shortcomings could see Chinese votes falling short
a year ago
It is unfair to compare Harapan with BN
a year ago
Harapan gov't to continue addressing people's woes - Muhyiddin
a year ago
'History repeating, Harapan heading in same direction as BN'
a year ago