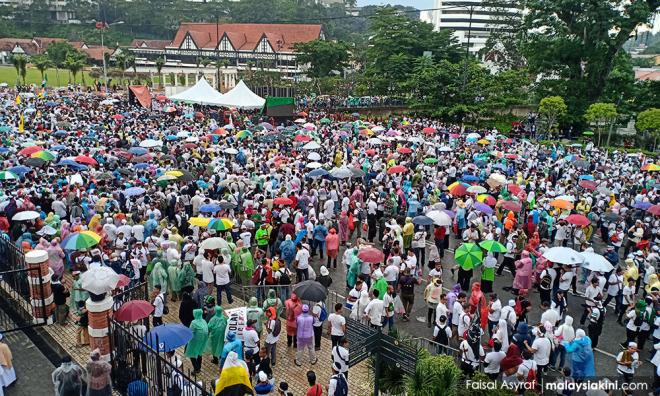 COMMENT | Long live the Rome Statute! Long live Idiocy! What kind of government and society shall we be? From a cashless society we want to be a moral-less society, in a world plagued with genocide and the disease of violent ideologies.

The Pakatan Harapan government's U-turns on the International Convention on the Elimination of Racism and Discrimination (ICERD) and now the Rome Statute signify our entry in our own Age of Mass Ignorance. If opposing war, genocide, crimes against humanity is opposed, we have a government that needs to be deposed.

In Malaysia, will all the rallies against Israeli atrocities, Rohingya massacres, & bombing of churches & mosques be banned? Seems that the more we want to have flying cars and a cashless society, the more we show ignorance on issues of war, aggression, and global morality.

The Rome Statute is about stopping the rise of global fascism. What part of it does this PH government not understand?...