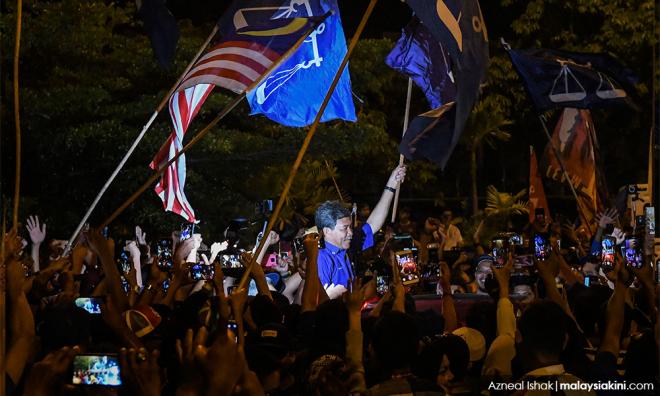 No middle ground for Harapan

QUESTION TIME | More worrisome than losing the last three by-elections - Cameron Highlands, Seminyih and Rantau - is Harapan’s steadily declining support from Chinese and Indians, on top of the already minority support of the Malays.

The Umno/PAS axis will get majority support from Malays in many seats. Coupled with Harapan’s steadily declining support among non-Malays, even mixed seats with a large proportion of non-Malay residents, such as Rantau, can no longer be taken for granted.

Rantau was an uphill task, considering that it was a BN stronghold and held by the previously most powerful person in Negeri Sembilan, Mohamad Hasan, former menteri besar and current acting Umno president.

With all the negativity currently surrounding Harapan and their meek surrender to Malay extremism with respect to the highly public ICERD and the Rome Statute issues, Harapan has not endeared itself to the non-Malays.

Also, if what they hoped for from their weak stance in terms of doing right, and not keeping to election manifesto promises, is to gain more Malay support, that did not materialise and is not likely to do so in future.

This is no shock because it is tough to be as extreme as Umno and PAS are in terms of Malay rights...