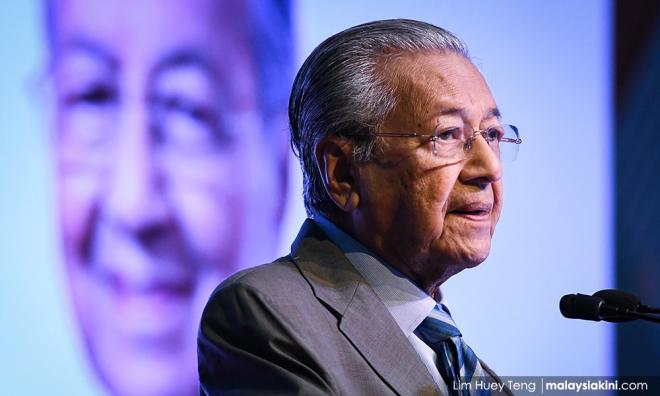 COMMENT | When Dr Mahathir Mohamad announced that he was stepping down during his first term as prime minister that fateful afternoon on June 22, 2002, it came as an extreme shocker because no one had expected it.

Even Dr Siti Hasmah Mohamad Ali told the media the following day that she gasped in disbelief at her husband’s announcement, because he did not inform her earlier of his intention.

We can all recall the drama of tears and pleadings that took place at the Umno general assembly 17 years ago. That was the Mahathir of old, and no one should expect the new Mahathir to change. He was 77 then and 93 today.

Is there a new Mahathir, by the way? 77 or 93 is still old. There is only an older Mahathir. I doubt I would be shocked today even if he announced his intention to step down tomorrow.

Immediately after the pandemonium that erupted at the Putra World Trade Centre, and anguished cries of disbelief from party loyalists, Mahathir was persuaded to adopt a prolonged transition period, which he accepted.

Malaysia’s fourth prime minister eventually stepped down in October 25, 2003, and passed the baton to his anointed successor, Abdullah Ahmad Badawi...