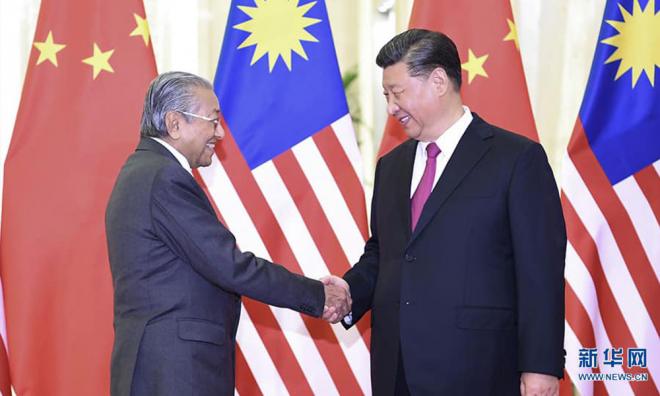 Need for caution over China’s Belt and Road Initiative

There are none so blind as those who will not see. The most deluded people are those who choose to ignore what they already know.

QUESTION TIME | One hopes Prime Minister Dr Mahathir Mohamad’s near-unqualified endorsement of China’s massive several-trillion-dollar Belt and Road Initiative is a public relations statement which Malaysia does not truly believe. For the initiative is fraught with severe problems and pitfalls for unsuspecting countries that get sucked in by China’s cheap financing and offer to construct the infrastructure.

Malaysia and other countries who get seduced by over-optimistic projections of the benefits and the China investments it would generate have to watch out. Otherwise they may have a galore of mega projects, mammoth debts to repay and insufficient throughput, all of which will put them at China’s mercy for decades to come.

This is not some future doomsday prediction - it is already happening in Sri Lanka, where the Hambantota port, built with Chinese financing, had been ceded to a China company under a 99-year lease to turn it around, according to a Bloomberg report.

The report says: “The eight-year-old Hambantota port - with almost no container traffic and trampled fences that elephants traverse with ease - has become a prime example of what can go wrong for countries involved in President Xi Jinping's Belt and Road trade and infrastructure initiative. Sri Lanka borrowed heavily to build the port, couldn't repay the loans, and then gave China a 99-year lease for debt relief”...