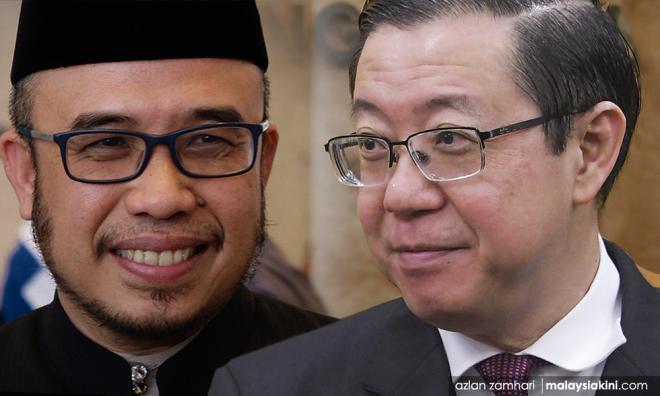 “An appeaser is one who feeds a crocodile, hoping it will eat him last.

COMMENT | Apparently DAP secretary-general Lim Guan Eng wants to “engage” with Perlis mufti Mohd Asri Zainul Abidin after Asri (who claims there was a misrepresentation) made comments about the DAP in the press.

This is horse manure. The DAP secretary-general is not meeting the Perlis mufti, but rather, the finance minister of Malaysia is meeting with the Perlis mufti. Lim Guan Eng, who prides himself on being a “Malaysian” first (whatever that means), is meeting with a religious operative who has made it clear that someone like Zakir Naik is beneficial to Islam in Malaysia. A religious operative who recently backed a Muslim convert who allegedly disparaged Hinduism. Asri has a beef with the Hindu community, once claiming that no rational Malaysian worships cows.

Asri said that everyone should be “careful” about making allegations: “We punish what is manifest. God knows all.” In other words, all those DAP political operatives, including the Malay power structures of Harapan that make allegations against Hadi, should be careful, lest they invite divine retribution...

DAP wants to engage Asri after criticism of failing to safeguard Islam
4 May 2019
Man who sent threatening Facebook message to Perlis mufti nabbed
3 May 2019
No one would dare or want to insult the Malays
1 May 2019
'Who's the deaf one?' - Perlis mufti tells Dr M to listen to Muslims' fears
30 Apr 2019