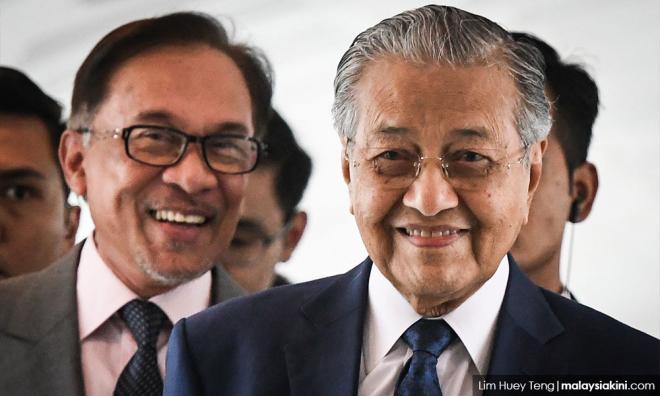 We know Mahathir; how different will Anwar be?

QUESTION TIME | Harapan’s major failure one year since winning the 14th general election is not to firmly put in place changes which would bring about a civil society that considers all Malaysians equal and where the government will be truly accountable to the people.

Now that we have seen what Dr Mahathir Mohamad is about, the question to ask is whether there will be change if and when Anwar Ibrahim takes over within the next year. That will crucially determine the kind of New Malaysia we get.

Exactly a year ago today, most of us adults were focused on one thing - to go out and make our vote count - it was vital that we did because our nation could well go under in the near future - under a morass of debt and theft if we did not kick this kleptocratic government out. But few had any hope that we would.

We all knew by then that the government was allowing the robbery of billions from the country without any check and balance from Umno/BN, almost all of whose MPs unequivocally supported the prime minister, then Najib Abdul Razak, dashing all hopes of a party revolt against a thief.

Najib had used his wide powers under the law to suppress the damning, bucketfuls of incriminating evidence against him...