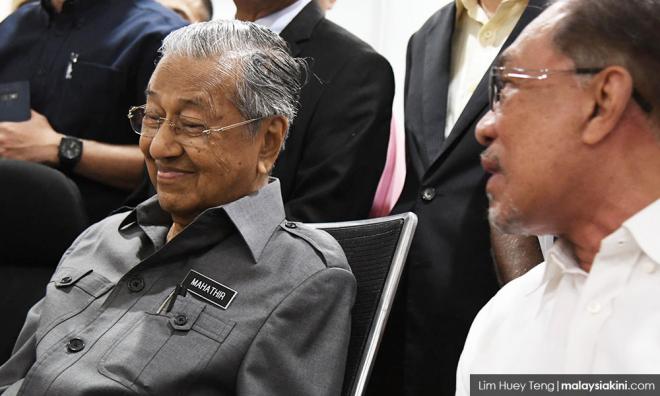 Should Mahathir serve a full term?

“I played by the rules of politics as I found them.”

COMMENT | Despite whatever misgivings I have about the man, I am on record as saying that Anwar Ibrahim has a legitimate claim to the crown of Putrajaya. Malaysians owe a debt to Anwar: “While the various alliances were flawed, what Anwar managed to do was demonstrate that people working together, even if in a compromised fashion, could wreak havoc on the Umno hegemon. This should not only count for something, it means that the 'hope' people have sprung from the post-Umno moves he made.”

The statement by a PAS bigwig of people rejecting a “convict” as prime minister really sticks in my craw. Anwar was a political prisoner because the current prime minister and Umno (when he was leading it) put Anwar behind bars and did it in the most sordid way, thereby sealing his fate with a certain section of the majority Malay electorate. Mahathir’s bogus trial of Anwar was a slow acting poison that has forever crippled Anwar’s political career.

Post-May 9, Anwar and his faction have had to deal with not only the internal schisms in PKR, but also the machinations of various factions within Bersatu and Umno, who are loyal to Mahathir...