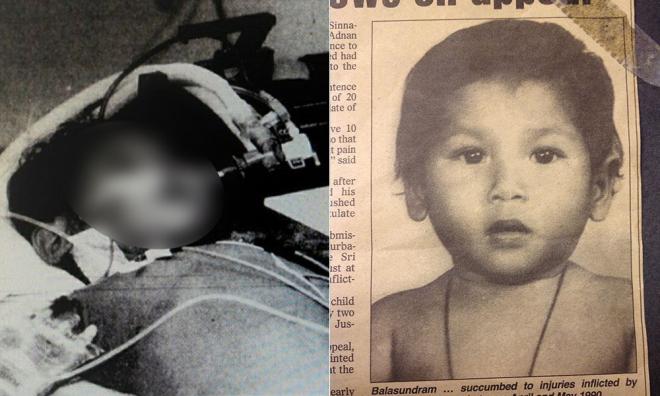 The murdered child I cannot forget

COMMENT | One of the most painful things about being in the media is one’s exposure to the dark side of life. In fact, my children have told me that moving from an entertainment and features-based journalist to one editing news turned me into a paranoid father.

I realised the explanation for that is that most of what makes the news is usually bad news.

Children go swimming all the time, but it’s news when someone drowns. When long-distance car journeys end in four car pile-ups, that’s news. When racial harmony is blighted by a violent clash, that’s news.

Someone else’s life-changing tragedy is news.

Ultimately, there is a danger of becoming a desensitised and cynical journalist. Of not being empathetic to the terrible things that play out around us. I learnt over the years to try and take it coolly when I saw uncensored photos of a suicide victim, or a reporter told me about looking at a dead child’s body.

But try as I might, I have never been able to overcome, nor forgive the deep sadness and anger one feels when you encounter child abuse cases.

No case affects me as much as the death of Baby Bala.

Exactly 29 years today, on May 13, 1990, a bag was left by a rubbish bin in a toilet in Hospital Kuala Lumpur. The person who found it was horrified to find a tiny child inside.

They rushed the baby to the ICU and battled to save his life, but couldn’t. He had suffered unspeakable abuse and he couldn’t make it. For a brief while, they showed footage of him lying on a hospital bed, clinging onto life, and my heart broke.

It was later revealed that the boy was S Balasundram, who was tortured to death over a few weeks in a back room in Chow Kit in May 1990.

Not quite two years old, he was left in the care of a prostitute, but was beaten, kicked, burnt and sodomised by her drug addict lover before his body gave way.

In 1999, the convicted killer, K Sinnasamy, had his death sentence commuted to 20 years in prison and 10 strokes of the cane. He was eligible for parole in 2010. I hope he is dead.

For some reason, I have never been able to forget the case of Baby Bala. I kept his photo in my locker at work to remind me that for all the lofty goals of democracy and press freedom and social justice, we need to be a voice for those with no advocates.

I became a bit obsessed with Bala’s case. I talked to the late Karpal Singh (photo) about it a couple of years before his death and he choked up and told me “it was the worst case I had ever seen.”

I talked to The Star editor Chelsea LY Ng, who covered Sinnasamy’s appeal. She told me that “to survive covering such cases, you cannot allow yourself to care too much.”

At one point I got together with fellow journalists Hisham Zulkifli, Izuan Shah and Andrew Sagayam and we recorded Song For An Abused Child, a composition I had written so that no one ever forgets that this poor baby once lived.

I also became adamant about interfering, if at any point I thought a defenceless child was being abused. On no less than four occasions, I have stood outside apartments or pulled over my car, and spoken or shouted at those I felt were being rough on a screaming child.

In one case, the family moved out of a neighbouring apartment unit a week after I reported them to the security guards of the condominium, and I felt I should have obtained more details.

Sadly, there is nothing isolated about child abuse – there have been numerous fatal cases in Malaysia since and the fact that BBC’s news topics include a specific section for child abuse cases around the world shows us just how common this problem is.

Whether it’s within families or institutions like the Catholic church and Boy Scouts of America and tahfiz schools, the sexual and physical abuse of children seems to continue like the plague.

Abusers even work their way into positions of trust, as we saw with the vile serial child molester Richard Huckle (photo), who gained the confidence of an underprivileged community in Malaysia, only to sexually assault their children.

The whole cycle of abuse disturbs me a lot, especially when it is a defenceless child suffering at the hands of a parent, whose duty it is to protect. I grew up in a happy home with loving parents and while there were heated moments of conflict, there was nothing like abuse.

I have tried to imagine what makes the abuser tick. For example, if we as a society are kinder to one another, is such violence less likely to unfold behind closed doors?

I asked Malaysia Mental Health Association (MMHA) president Dr Andrew Mohanraj whether most abusers had themselves been victims in the past. But it turns out it’s not so simple.

“An abuser may have been the abused in the past (childhood), but it’s not true in most cases actually,” he told me.

“In cases of anti-social personality disorder, severe depression or even in certain psychotic disorders, the abusers need not have been victims themselves.

“However,” Andrew said, “it is true that severe childhood trauma can result in the abused becoming the abuser in adulthood. There are many theories for this, but one that is commonly subscribed to is that the child associates abuse with power and the victim as being powerless and vulnerable.

“Sadly, when the child becomes an adult, to feel secure and powerful he associates abuse in the form of anger bursts or bullying as a form of maintaining power, and fears becoming the victim again.

“Displacement of anger is a vicious cycle that requires retrospection and understanding and coming to terms with one’s own limitations and embracing one’s own strengths to break this cycle.”

And that is indeed the issue. How do we break the cycle? How can we, as a society, address a problem that strikes at the heart of human cruelty?

To this day my heart bleeds at the thought of millions of children around the world, lying alone in the dark, waiting for the next blow to fall.

As for Balasundram, there is no justice for him. No court that put away his killer for life. No God that bothered to save him.

I just wanted to say that I still remember his life. And will never forget. Rest in peace, little one.