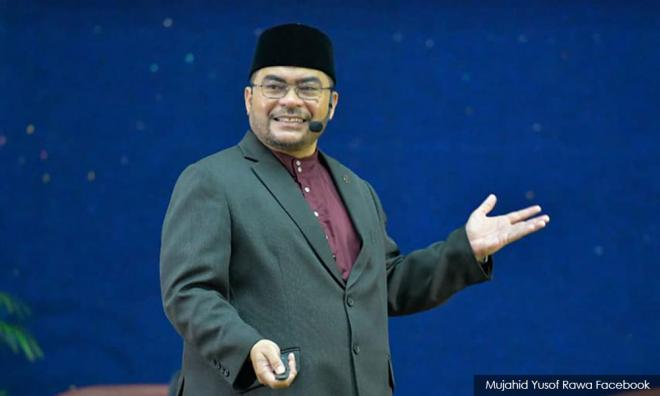 What is 'compassionate Islam'?

“The point of modern propaganda isn't only to misinform or push an agenda. It is to exhaust your critical thinking, to annihilate truth.”
- Garry Kasparov

COMMENT | I am not trying to be snarky when it comes to de facto Islamic Affairs Minister Mujahid Yusof Rawa, because I think he is desperately attempting to come up with a counternarrative to the right-wing Islamo-fascist narrative of the likes of Isma.

Here's the thing though. Is 'compassionate Islam' something like the rebranding George W Bush attempted to do with mainstream conservatism when his spin-doctors dug up some old conservative literature, of a time when there was an intelligent discourse in the conservative intelligentsia in America?

Bush attempted (fairly successfully, I might add) to project the conservative ideology as "people friendly," as opposed to the religious nuttery it has become now and was sliding into when he was Potus.

Why does Islam need a 'compassionate' makeover, when its adherents always tell non-believers that their religion is the religion of peace and their god is all compassionate?

This is the same contra-indication when they claim there is no compulsion in religion, but a religious bureaucracy enforces dogma in every facet of their lives.

Whom exactly is compassionate Islam supposed to be compassionate towards? For folks who subscribe to the kind of Islam that Isma propagates, the idea of compassion is meaningless.