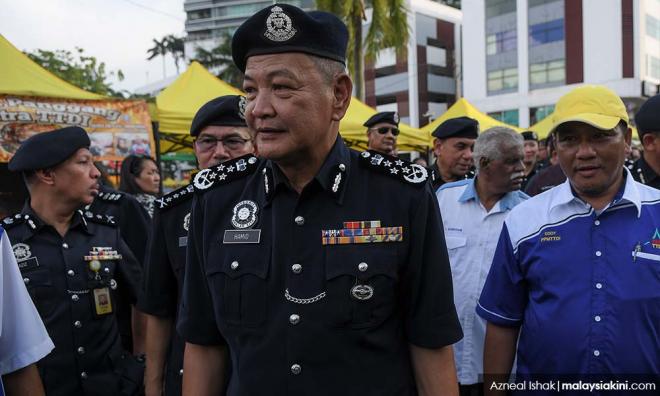 COMMENT | While the top cop of the country may not have meant for his rejoinder to the district chiefs to cease their unethical behaviour as a Hari Raya message, we should take it as one, because of all the public institutions in this country, the Royal Malaysian Police (PDRM) have not had someone like Bador steering the ship.

One of the aspects of toppling the Najib regime that has shown signs of progress is the way Harapan has been handling the state security apparatus, specifically the PDRM.

It has been a messy process and there have been missteps, but overall, Malaysians can be cautiously optimistic that some sort of reform is underway in PDRM. The appointment of Abdul Hamid Bador as the top cop of the country and his support of the government’s initiatives to reform this most vital of public institutions is evidence that in some areas a Malaysia Baru is slowly emerging.

While the upper echelons of the police bureaucracy, no doubt aided and abetted by their political cohorts, have been resistant to the IPCMC, Hamid has taken the initiative to accept it and to educate the police force on the benefits of having this independent commission...

Abdul Hamid Bador
Police
PDRM
Lim Kit Siang
Related Reports
PDRM denies dropping the words 'Allah' and 'Muhammad' from logo
a year ago
Thank you, Royal Malaysian Police!
a year ago
Bar praises IGP's backing of IPCMC, hopes for new dawn on accountability
a year ago
Yoursay: Can Hamid Bador return the police to glory days?
a year ago