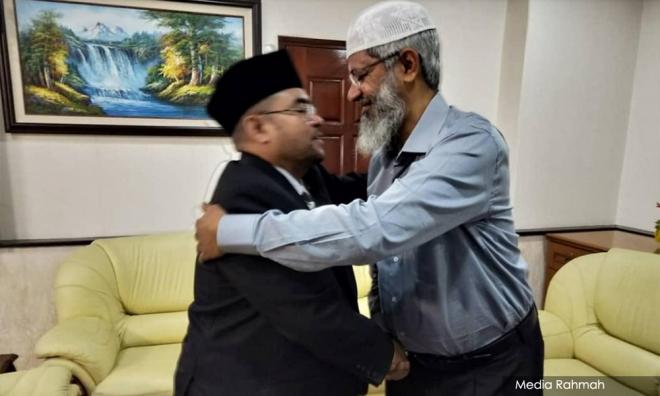 COMMENT | There is all this venom against alleged money launderer and fugitive Zakir Naik online. Truth be told I have contributed to the venom and am distressed that this time I cannot summon enough outrage to write a piece about how damaging Naik is to this country.

It is the same with Jho Low. People despise him, but if you have hung around the corridors of power in Putrajaya, people like Jho Low are a dime a dozen. Both Zakir Naik and Jho Low, the fugitive and alleged accomplice of Najib and Co, have a couple of things in common.

Both are hated for obvious reasons, but both continue to play the victim card when it comes to their current circumstances. Hiding somewhere, Jho Low continues his tirade that he will not get a fair trial in Malaysia, and measures taken to retrieve his ill-gotten gains are part of a conspiracy against a “chinaman who stole money and blew it on alcohol”.

Meanwhile, fugitive Indian preacher Zakir Naik claims that charges against him in India and elsewhere are trumped up, part of a vast western conspiracy and that he would never get a fair trail in India.

Both made money out manipulating systems – economic/religious – and had the protection of the state, except, of course, for Jho Low, who lost his protection when the Najib regime folded.