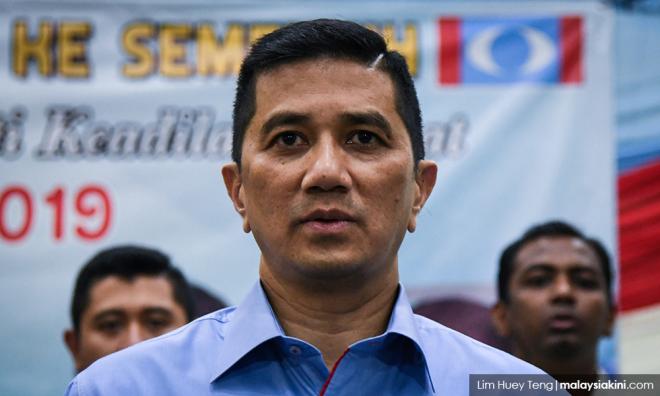 Should Azmin resign if the sex video is genuine?

“In the past, it was said that I put him in prison. Now I have freed him.” – Mahathir Mohamad on Anwar Ibrahim.

“I love him as a father and as a leader.” – Anwar on Mahathir

COMMENT | The only thing of importance in this sex video scandal is that, is the video genuine or, as some claim, a fake? I do not care what two consenting adults do in the privacy of the bedroom but I do care if they belong to a class of people who routinely demonise marginalised groups using religion. But this is also another point in a litany of moral and intellectual corruption in mainstream Malay politics.

The police should not even be investigating this issue and the only recourse that “an innocent” Economic Affairs Minister Azmin Ali should have is the civil courts for defamation and he should carry on with his duties. I’m sure there could be criminal charges for a range of issues but these should be against the people who allegedly made the video – or the sole participant, if the other was not informed, depending on the privacy laws of the country – and other criminal charges, conspiracy, etc, if applicable. At this point, the "conspiracy" angle has overtaken the authenticity of the tape.

Prime Minister Dr Mahathir Mohamad does not get to decry “gutter” politics or decide on the veracity of a sex video (especially when nobody seems to be interested in determining if the videos are fake or not) because he remained in power for far longer than he should have – his words to the Guardian – by destroying the career of his political rival, Anwar Ibrahim, using the same kind of tactics used against Azmin.

Some Malaysians may be too young to remember the vicious campaign Mahathir waged on Anwar in the mainstream media where graphic descriptions of sex acts were discussed and Anwar was vilified by all and sundry.

As for Anwar, when he was basking in the glory of near ascendancy to the highest political office in the land, he carried out a ruthless...