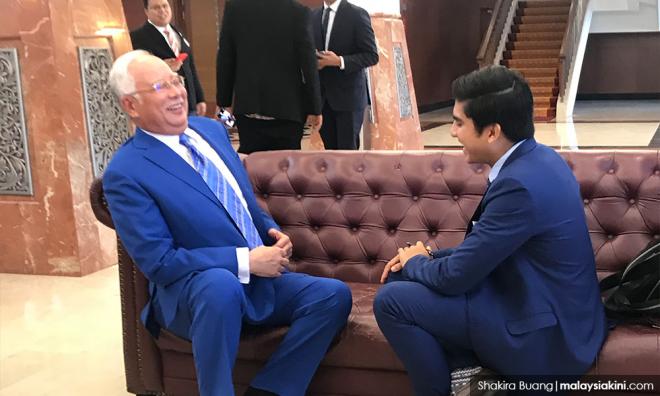 COMMENT | Syed Saddiq Syed Abdul Rahman's well publicised, albeit informal discussion, with the disgraced Najib Abdul Razak just goes to prove that most 18-year-olds have better judgment and credibility than the minister who represents Malaysia's youth. Syed Saddiq gave the wrong message to our youth. He set a bad example.

Our youngest MP, who championed the move to lower the Malaysian voting age to 18, disappointed us with his act of madness. Was Najib on a charm offensive? Had the wily Najib caught Syed Saddiq off-guard?

Under that smiling veneer, the polished look and the-trying-too-hard-to-please-everyone exterior, Syed Saddiq is just a young man who is naïve and a poor judge of character.

He may have been Asia's best debater for three consecutive years. He is probably Prime Minister Dr Mahathir Mohamad's blue-eyed boy. His allegation that he had turned down a place at Oxford would have outraged many "tiger mothers".

Syed Saddiq should be praised because he wanted our "youth to have more say in policy matters, nation-building and be empowered to make more responsible decisions."

So, what happened to Syed Saddiq's integrity? He was wrong to entertain Najib. He need not be discourteous; he could have nodded to acknowledge Najib, and then walked away...