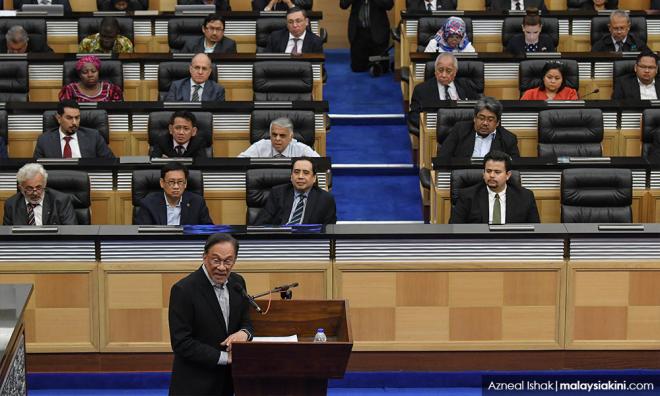 We will never have needs-based affirmative action in M'sia

"You cannot swim for new horizons until you have courage to lose sight of the shore."
– William Faulkner

COMMENT | PKR president Anwar Ibrahim’s comments on his commitment to needs-based affirmative action policies instead of the race-based ones in place are problematic for a variety of reasons.

All of us, and by us I mean mainly the non-Malays, have heard this story in various incarnations before. I give Anwar credit for saying it, but the reality is that on issues such as this, there is a chasm of difference between saying and doing.

It also points, I suppose, to the different ways in which political operatives like Anwar and Prime Minister Dr Mahathir Mohamad play to their bases.

In addition, it exposes a kind of shadow play in the delivery of Anwar’s comments. He said that when he is the prime minister he will speed up the process.

Really? If this is a priority for Pakatan Harapan and indeed the current prime minister, why is the process stalled, and more importantly, why isn't Mahathir leading the charge to speed up the process?

While Anwar says something like this, Mahathir, who acknowledges that Bersatu is a racist party, claims that this particular form of racism is not ”against other parties that are not race-based, such as fellow Pakatan Harapan component members PKR, Amanah and DAP.”

This is somewhat dumb if you really think about it...