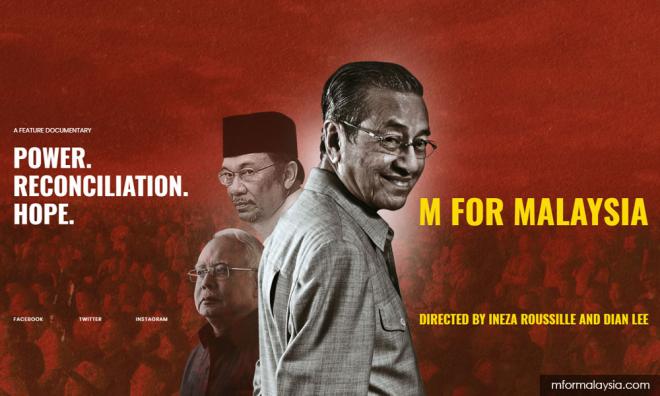 What does M stand for?

“There is hardly a better way to avoid discussion than by releasing an argument from the control of the present and by saying that only the future will reveal its merits.”

- Hannah Arendt, 'The Origins of Totalitarianism'

COMMENT | Some folks asked me, what I thought “M” stood for. When I first heard of this film, I thought a group of Malaysians were organising a screening of that great Fritz Lang classic “M”. Sign me up.

When I realised I was mistaken, I assumed that a group of young Malaysian filmmakers where cheekily attempting to start a discourse with a series of vignettes about what M stands for in "New Malaysia". I was wrong again. Apparently, M stands for Malaysia or Malaysians.

M stands for manifesto – more specifically, the Pakatan Harapan manifesto. The tagline for the manifesto was “Membina negara memenuhi harapan”. I kid you not. Someone actually came up with this tagline. According to the prime minister, the Harapan manifesto was cooked up thinking they were going to lose, hence they made promises that they really did not think...