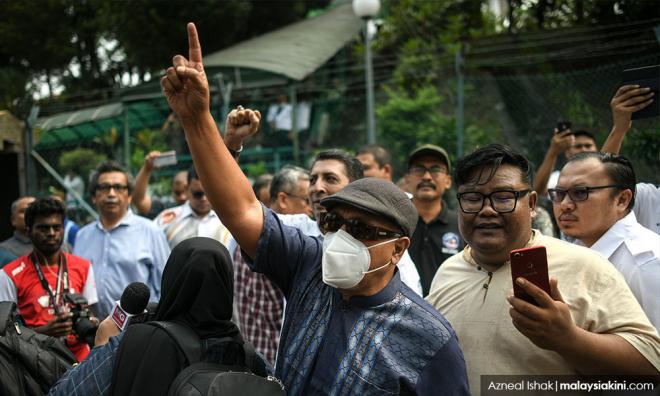 “If this rash and negligent action had not been resorted to, I believe there would not have been the clash between the Malay men and the Hindu devotees at the Sri Maha Mariamman Temple.”

COMMENT | Even before an investigation was carried out into the death of firefighter Muhammad Adib Mohd Kassim, the prime minister of this country had decided that it was murder. The state security apparatus attempted to further a narrative that the Seafield temple incident was a fight between two groups of Indians, and politicians were warning the rakyat not to turn this into a racial or religious issue. They ignored their own advice and attempted to propagandize the death of Adib as some sort of epochal moment in Malay politics.

Before the historic May 9th win, the then Harapan opposition never had a problem bemoaning the narrative that our public institutions could not be trusted and that voting for Harapan, would mean a rejuvenation of the trust we could have in our most vital of institutions.

The results of the inquest and the polemics coming from politicians before and after the inquest demonstrates that for a certain segment of the rakyat, trust in our public institutions remains elusive...

Muhyiddin assures police will serve justice after Adib inquest findings
28 Sep 2019
Adib's parents: Our prayers for justice answered
27 Sep 2019
Coroner: If cops had acted, there would be no fires nor firefighters
27 Sep 2019
Witness who rescued Adib from riot scene says vindicated by assault verdict
27 Sep 2019