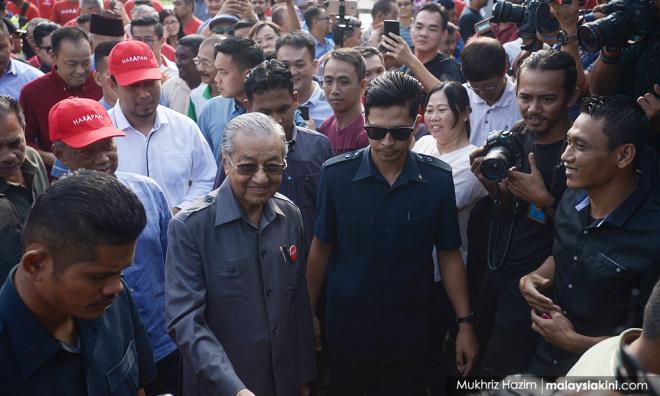 Why wait three years to punish Pakatan, when we can do it now?

COMMENT | Prime Minister Dr Mahathir Mohamed has spoken when it comes to voters in the Tanjung Piai by-election in Johor. He has said that the locals should not shoot themselves in the foot by not voting for Pakatan Harapan just because they are angry.

He is, of course, also the chairperson of Pakatan Harapan. And he was at that time campaigning in Johor when he said it. He had been campaigining together with other members of his cabinet, such as Home Minister Muhyiddin Yassin and Finance Minister Lim Guan Eng.

Mahathir went on to say that if the voters act out of anger, they would suffer for the next three years till the next general election under the wrong candidate.

“If we reject the candidate who can serve us, because of anger or other reasons, we will be the ones at a loss. In English, they say don’t shoot yourself in the foot,” he said.

I guess Mahathir realises that his coalition faces a tough uphill battle in the by-election, for whatever reason. He obviously thinks that the voters there are angry and that this could be a cause for them to not want to vote for Pakatan Harapan, but for the opposition instead...